1923- Peeps invented. The sweet Easter marshmallow confection that is shaped like a yellow baby chick and can stick to most surfaces.

1952-ELIA THE FINK-Film director Elia Kazan ( On the Waterfront, East of Eden,etc.) saved his career but earned the lasting hatred of Hollywood by testifying to the House Un American Activities Committee. He named 8 of his friends as Communists, including writers Clifford Odets and Lillian Hellman.

Unlike others who were forced to testify Kazan never expressed any regret for the pain he caused. Many see the irony of 'On the Waterfront'  that it's hero is a guy who does the right thing by turning informer. The film was written by Bud Schulberg, who also named names.

In 1999 the Academy gave him an honorary Oscar and caused a new firestorm of protest, when Kazan stood next to visibly uncomfortable Robert DeNiro and Martin Scorcese. There an estimated 40% of the audience did not rise or applaud, although on television it seemed louder. That year the American Film Institute preferred to confer it’s lifetime achievement award on Roger Corman, director of Attack of the Giant Crab Monsters.

1953- The Vincent Price film The House of Wax in 3d premiered. 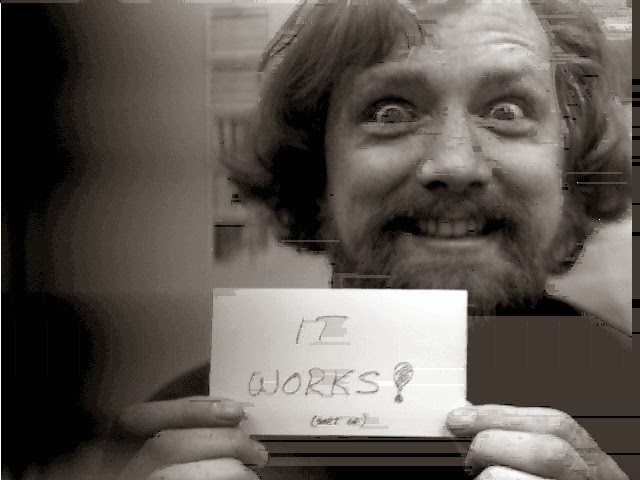 1973- At Xerox PARC, Dick Schoups team of scientists created Superpaint, the first digital paint and surfacing system for CG images. The first picture on the computer was a photo of Dick holding a sign that read “ It works, sort of.”

Posted by Animation Educator's Forum at 1:27 AM