1934- Chief of production Darryl F. Zanuck quit Warner Bros. over an argument about employee salary cuts, to take over a struggling little movie studio called Twentieth Century Fox, which he turned into a giant.

1940- Franklin Roosevelt covertly gave permission for American volunteer pilots to join General Claire Chennault in fighting the Japanese invasion of China as part of a freelance foreign corps serving in the Chinese air force. The Flying Tigers are born. The famous toothy grimace painted on their planes was created by a Walt Disney artist. 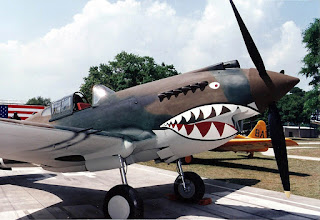 1953- Famed illustrator Charles R. Knight died peacefully in a Manhattan hospital. The man who inspired the lush look of such films as 1933 King Kong, his last words were to his daughter Lucy, “Don’t let anything happen to my drawings.”

1962-AUNTIE EM, AUNTIE EM! actress Clara Blandick, 80, the Auntie Em of the Wizard of Oz, took an overdose of sleeping pills and tied a plastic bag around her head. She left out on a table her resume and press clippings so the newspapers would get her obituary right.

Posted by Animation Educator's Forum at 12:16 AM