1910- Mark Twain died of congenital heart failure at 75 as Haley's comet appeared overhead. He once wrote: " When arriving in Heaven feel free to ask all the questions you want of Saint Peter. You may ask for his autograph, however don’t take any Kodak photos or bring your dog. Admittance to Heaven is based on favor, not merit, else the dog would be allowed to go in and you kept out."

1918-THE RED BARON SHOT DOWN- In the wild duels in the air above the World War I trenches Baron Manfred Von Richtofen was the best of the best. The Red Baron had shot down more planes than anyone -80 confirmed kills. On this day, von Richthofen got onto the tail of one plane and was about to add #81, when Canadian Roy Brown got behind him and filled the back of his plane with machine gun bullets. And no, Snoopy didn't do it first. 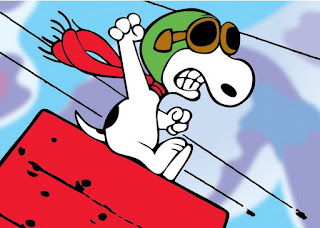 1961- Two British teenage rock bands meet each other for the first time- The Beatles met the Rolling Stones.