1857- THE LAST BIG ONE. The Fort Tejon earthquake shook Los Angeles. This was the last major quake in Southern Cal of the great San Andreas Fault, an estimated 8.25! Because the area was so lightly populated, only two people were killed. One woman when her house collapsed on her, and an old man who had a heart attack. For the next big San Andreas quake? Stay tuned…. 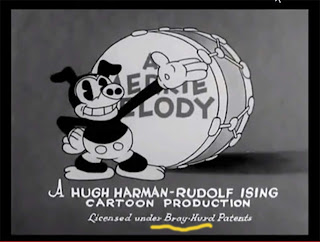 1914 -John Randolph Bray took out patents on the principles of film animation: cycles, arcs, keys and inbetweens. He even tried to sue Winsor McCay, who had already been using them for years.

1936- Actor John Gilbert died of a heart attack after years of alcohol abuse. The accepted reason was he was a has-been silent film star who's voice was too thin and squeaky for talking pictures.

1939- Top Looney Tunes director Frank Tashlin was hired by Walt Disney. He quit after two fruitless years, and he wrote a children’s book called the "Bear that Wasn’t" about his experiences.  An early vice president of the Cartoonists Guild, he also joined the Mouse House to help unionize the studio. After a stint at Screen Gems, in 1945 Frank Tashlin went to Paramount’s live action division and became the director of the Dean Martin & Jerry Lewis comedies.

1976- First day of shooting in Philadelphia of the movie Rocky. It was the first movie to utilize the Steadicam, a system that balanced hand-held camera shots.

2007- Steve Jobs introduced the iPhone. “We didn’t realize we would change the world” a senior manager on the project recalled, “We just wanted to make an iPod that you can make a phone call on.”

Posted by Animation Educator's Forum at 12:07 AM