1942- Walt Disney composer Frank Churchill, who wrote "Who’s afraid of the Big Bad Wolf", shot himself at his piano at home. 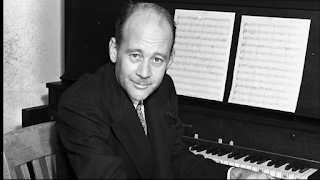 1944- In the comic strip Dick Tracy, the longtime Tracy nemesis Flattop was killed.

1955- Kepler’s Books in Menlo Park Cal, today’s Silicon Valley, was founded by peace activist Roy Kepler. Keplers’ books was a hangout for Stanford computer scientists, Hippies, and creators of the Whole Earth Catalog. The Grateful Dead and Joan Baez played there, Prof Douglas Englebart the inventor of the computer mouse, would pop in for coffee, and kids like Steve Jobs and Steve Wozniak would ride their bikes over to check out the new computer books.

1976- Keith Relf of the rock group the Yardbirds, was electrocuted while playing his guitar in his bathtub.

Posted by Animation Educator's Forum at 12:48 AM