1943- When Bruno Walter was too ill to conduct the New York Philharmonic, 24 year old Leonard Bernstein was asked to assume the baton. Bernstein became an overnight sensation.

1968- Frank Sinatra announced that the smog and air pollution in Los Angeles had gotten so bad that he was moving out to the desert in Palm Springs. 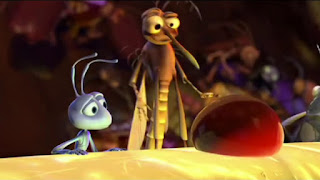 1998- Colorful and eccentric NBA basketball star Dennis Rodman married beautiful supermodel Carmen Electra. There was some doubt at first as to the validity of the story as Rodman admitted he was blind drunk throughout and didn’t remember the ceremony. They divorced shortly after.

Posted by Animation Educator's Forum at 1:32 AM