1789- Ben Franklin wrote " Nothing is certain except Death and Taxes."

1842- Lewis Carroll noted in his diary today:" Began writing the fairy tale of Alice. Hope to be done by Christmas.."

1874 -At the sesquicentennial celebrations of the University of Pennsylvania, Robert Green invented the Ice Cream Soda. 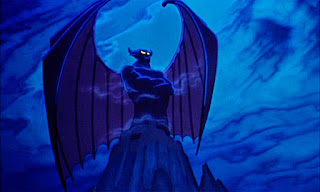 1940- Walt Disney's 'Fantasia'opened. As Walt put it, "this'll make Beethoven!"
Frank Lloyd Wright's opinion was 'I love the visuals, but why did you use all that old music?"

1953- An Indiana Judge ordered his local school district to remove any school books with references to the character Robin Hood. All the "take from the rich and give to the poor" it was obvious to the judge that the medieval rogue of Sherwood Forest was a Communist.

1971- ABC TV. movie "the Duel"premiered. It starred Dennis Weaver as a hapless motorist on a lonely freeway menaced by an unseen truck driver. The movie was directed by a young protégé of Lew Wasserman, named Steven Spielberg.

1978- Mickey Mouse got his star on the Hollywood Walk of Fame.

1986- Directors John Huston, Martin Scorcese and Woody Allen denounced the fad promoted by Ted Turner of computer colorizing classic Black & White films like the Maltese Falcon. Supposedly one of the last things Orson Welles said on his deathbed was "Keep Ted Turner and his crayons away from my movies!" Ted got the message and shifted his money to digital restoration.

1997- Julie Taymor’s staging of The Lion King musical had its official Broadway debut. It had opened earlier in Minneapolis for a trial run.  She became the first woman director to win a Tony award for it.

Posted by Animation Educator's Forum at 12:40 AM