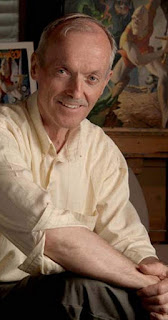 1916- A Tennessee judge ordered Margo the circus elephant to be hanged for killing three men.  It took a railroad crane and steel cable, but it sure taught her a lesson!

1928- Riding high on their big hit film The Jazz Singer, the Warner Bros. buy out First National Pictures and move into their big Burbank studio lot, where they still are today.

1965 – Ghidrah the Three Headed Monster was released in the U.S.

1969-Hanna & Barbera's "Scooby-Doo, where are you?" and "Dastardly and Mutley and their Flying Machines" premiered.

1974- Kolchak the Night Stalker mystery TV series with Darin McGavin premiered. It was the show that inspired Chris Carter to create The X-Files.

1979- Animator Don Bluth quits Walt Disney Studios taking a third of the top artists with him. Bluth becomes Disney's most serious rival since Max Fleischer and helped sparked the animation renaissance of the 1990s. A whole new group of young talent, "bluthies", exert great influence throughout the animation business.