1926- Warner Brothers Studio premiered its motion picture sound on disk system. The film was Don Juanwith John Barrymore the Great Profile.  It didn’t really have much impact until they made the "Jazz Singer"with Al Jolson two years later.

1930- Judge Crater disappeared. The New York Supreme Court Justice Joseph Force Crater had given no indication of any trouble but he had accrued huge gambling debts and was known to be connected with crooked politicians of Tamany Hall. The judge had dinner with some friends at the Stork Club and told them he would join them later at the theater. He got into a taxi at 43rd street and vanished forever. It was the media story of the year. One paper called him “ the missingest man in New York.”

1932- Top Broadway singer Libby Hollman "Statue of Libby" had married quiet tobacco millionaire Zachary Smith Reynolds of R.J. Reynolds and moved to his North Carolina estate. But life on the farm was boring, so Libby brought her Broadway friends down to party. After one party, she was missing for several hours and came home with grass stains on her knees and a big smile. The couple quarreled and Smith Reynolds died of a gunshot wound to the head. Libby and a friend were indicted for murder, but the R. J. Reynolds Family had the charges dropped to avoid a prolonged scandal. No one was ever charged. 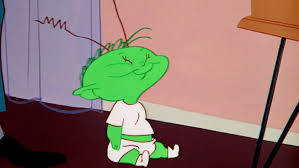 1970- THE HIPPIES ATTACK DISNEYLAND- A nationwide call for civil disobedience at the famous American-establishment tourist spot was called for August 6th. Called "Yippie Day" Yippies were considered more militant than Hippies. 750 long haired, denim clad young teens filtered into park. Once in they quickly massed, then invaded the Wilderness Fort in Frontierland. There they raised the Vietcong flag, passed out marijuana to tourists and chanted "Stop the War! Free Charlie Manson!" They were finally expelled with great difficulty by park security and the Anaheim police.
In the 1980’s Disney was almost invaded by Nazi skinheads, but this time they were ready.

1973- Stevie Wonder was involved in car crash. After being in a coma for 4 days he recovered completely.