1930- Floyd Gottfredson began drawing Disney’s Mickey Mouse comic strip after Ub Iwerks quit. He continued to do the strip uninterrupted for 45 years, until his retirement in 1975.

1930 -Reacting to charges that the movies had become too naughty, Hollywood producers accept the MOTION PICTURE CODE. It was regulated by Will Hays, former Republican Party Chairman. The regulation wouldn't really start to have strength until 1935-36 when pressure groups like the Catholic League of Decency went after Mae West and the Tarzan pictures.

The Hays Code forbade open sex and obscenity:
- twin beds only in a bedroom, nightclothes buttoned to the neck.
- if a couple were seated together on a bed they must have at least one foot touching the floor,
-"kisses with a duration of no longer than 3 seconds, parting with lips closed." 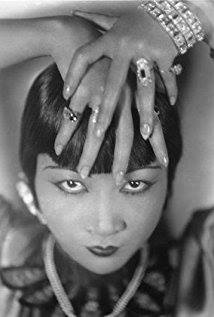 -  One other little known clause was the forbidding of members of different races from kissing on camera. So Anna Mae Wong, the greatest Chinese actress of her time, could not play a Chinese heroine if her co-star was a Caucasian made up to look Asian.
Lots of jokes were spawned like: "Give him the bird!" "If the Hays Commission would let me, I'd give him the bird!"

1931- ITT transmits the first message by microwave, from Dover to Calais.

1943- Rodger & Hammerstein's "Oklahoma!" debuts.  Despite the opinion of producer Mike Todd -"No legs, No Laughs, No Chance", the musical becomes one of the great hits of American musical Theater.

1962- The Los Angeles County Museum of Art opened on Wilshire Blvd. No, it didn’t display customized surfboards or the ideal tuna melt with sprouts, but an exhibit of paintings by Bonnard.

1967- In a small London nightclub, rising young rock & roller Jimmy Hendrix burned his guitar for the first time. Rock luminaries like Paul McCartney, John Lennon, Eric Clapton, and Pete Townsend sat in the audience stunned at the technical brilliance of this unknown former paratrooper who played left handed. The pieces of his guitar were purchased by Microsoft chairman Paul Allen and today are in his Seattle Rock Museum.

1995- In Corpus Christy Texas legendary Tejana singer Selena Perez was shot and killed by an obsessed fan. The woman Yolanda Saldivar was president of the Selena Fan Club. “The gun just went off, I didn’t mean to shoot anybody.”

Posted by Animation Educator's Forum at 12:46 AM No comments: 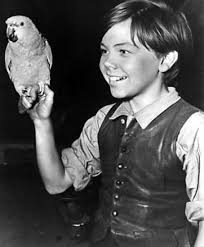 Posted by Animation Educator's Forum at 1:33 AM No comments:

1881- P.T. Barnum formed a partnership with his chief competitor James Bailey to create Barnum & Bailey’s Circus. He proclaimed it the Greatest Show on Earth!

1928- Via radio broadcast, the public heard the voice of Charlie Chaplin for the first time.

1935- Leni Reifenstahl’s hypnotic movie paean to Nazism- Triumph of the Will, premiered.

1941- English writer Virginia Woolf filled her pockets with stones and drowned herself in the River Ouse in Sussex. Her body was never found. 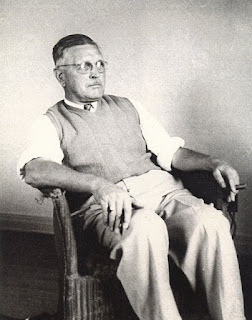 1942- Albert Hurter, Swiss designer for Walt Disney's "Snow White' and 'Pinnochio", and called the first inspirational artist in animation, died of rheumatic heart disease. He was 59.

Posted by Animation Educator's Forum at 1:52 AM No comments: 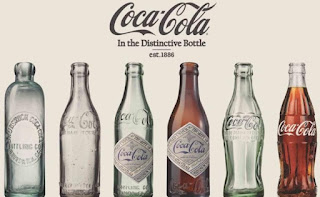 1886-COCA-COLA Invented. Atlanta Pharmacist and liver pill salesman John Pemberton developed the carbonated drink originally with some Cocaine in it.  His bookkeeper Francis Robinson penned the famous script logo still in use today. Advertising for the drink claimed it cured everything from hysteria, cholic and the common cold.
The formula is still a secret. During World War II the Nazis openly worried how a break with the United States would effect their supply of Coca Cola, so Dr Goebbels arrested Coke execs in Germany and forced them to develop Fanta Cola.

1939- Moviestars Clark Gable and Carole Lombard marry. They had a happy marriage until Lombard was killed in a plane crash in 1942. It’s been said the first California King Size mattress, slightly larger than normal king size, was ordered custom made for Gable and Lombard for their rather exuberant assignations at the Hollywood Roosevelt Hotel.

1951- 'The King and I' debuts on Broadway with Gertrude Lawrence and Yul Brynner, who shaved his head for the first time for the role.

1971- First day of shooting on the film The Godfather. Francis Coppola wanted young actor Al Pacino for the Michael Corleone role, but Pacino had signed with Fox to do a different film- The Gang that Couldn’t Shoot Straight. Producer Robert Evans begged and pleaded with Fox exec James Aubrey "The Smiling Barracuda" to get Pacino released from his contract. Finally Aubrey replaced him with Jerry Ohrbach. He called Evans and said:" Alright, you can have the midget." The scene was Michael and Kaye coming out of Best & Co. Dept. Store while Christmas shopping.

1989- As part of one of the silliest Oscar telecasts in history, actor Rob Lowe (The West Wing) had to dance and sing 'Proud Mary" with Las Vegas showgirl Eileen Bowman dressed as Disney’s Snow White.  Rob Lowe had just been embarrassed by the publication of a videotape shot in a hotel room of him having sex with two teenagers. The Walt Disney Company immediately threatened a lawsuit. The Academy apologized and replaced director Alan Carr with Gilbert Cates.

1989- At that same Oscar ceremony Pixar’s short Tin Toy became the first CG animation to ever win an Oscar. 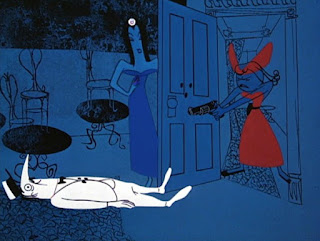 1973- In one of the more celebrated stunts in Hollywood history, when Marlon Brando won an Oscar for his role in The Godfather, he sent a buckskin clad model named Sashin Littlefeather to refuse the award, and deliver a protest about treatment of Native Americans.

1978- The first draft script of the film Norma Rae completed. The film dramatized the life of Christa Lee Jordan, a mill worker who was blackballed by the J.P. Stevens millworks for wanting a union.

1989- Who Framed Roger Rabbit earned four Oscars at the Academy Awards. Sound Effects, Visual Effects, Film Editing and a special one for Richard Williams for the animation.

Posted by Animation Educator's Forum at 12:55 AM No comments: