1914- “Mabel’s Strange Predicament” The Max Sennett Keystone short where Charlie Chaplin fr67yfirst donned his baggy pants, little mustache and derby to create The Tramp, one of the most beloved characters in cinema history. He was so famous, even young Adolf Hitler was once admonished to change his mustache, because he looked too much like Chaplin.

1964- Ed Sullivan introduced the English rock band the Beatles to a nationwide TV audience. It was a "Rrrreally Big Shewww!" (Sullivan’s signature line)

1968-"You did it! You Finally did it! Oh, Damn you all to Hell!!" the film the Planet of the Apes with Charlton Heston premiered.

1989- In testimony before the New Jersey State Senate World Wrestling Federation President Vince McMahon admit that the sport of wrestling is purely entertainment, and no one actually gets hurt. I’m shocked, shocked!

1990- Singer Del Shannon, who had a hit with the 1961 song Runaway, shot himself with a 22 rifle. Del Shannon was supposed to replace Roy Orbison in the Travelling Wilbury's, the group that featured Dylan, George Harrison, Tom Petty and Jeff Lynn.  Orbison had died the previous year of heart failure and the Wilburys were starting to rehearse with Del Shannon.  After Shannon's suicide, the group decided to disband. 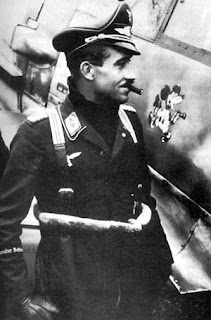 1996- German World War II fighter ace Adolf Galland died at age 86. While other aces had skulls or dice painted on their planes, Galland preferred a Mickey Mouse on the tail of his Messerschmidt ME109F. Hey Adolf, is that the RAF on your tail? Worse, its the Disney Legal Department! Ach Himmel!

Posted by Animation Educator's Forum at 1:13 AM