1826- James Fenimore Cooper’s novel “The Last of the Mohicans” was published. The character of wild frontiersman Natty Bumpo, called Hawkeye, has been referred to as the first American superhero. 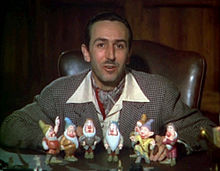 80 Years Ago Feb 4, 1938- After being in first run houses since Dec 21st, today Walt Disney’s Snow White and the Seven Dwarves opened in general release across the US.

1961- United Artists released The Misfits, the last film of stars Clark Gable, Marilyn Monroe and Montgomery Clift. John Huston directed and Arthur Miller wrote the screenplay. The film flopped in its initial run but has since gained classic status.

1968- Old beatnik Neal Cassady was found dead in Mexico. Cassady was not an intellectual but his wild non-conformist lifestyle was the inspiration for his companion author Jack Kerouac to write his greatest novel " On the Road'. While Kerouac disliked hippies, Cassady drove the first Hippie Bus filled with LSD advocates like Ken Kesey and the Merry Pranksters.

1983- Pop singer Karen Carpenter died of anorexia-nervosa. She was 32 and weighed only 77 pounds. Her death brought to national prominence how the societal pressure to stay thin could lead to this deadly condition.

Posted by Animation Educator's Forum at 1:59 AM