1839- Englishman William Fox Talbot says Frenchman Louis Daguerre is full of pate' when he announces he had invented photography (1/7/39). Talbot declares HE invented it first.  Actually a Belgian priest experimenting with capturing light on chemically treated glass or paper as early as 1817, Thomas Wedgewood in 1770 and Louis Niepce, with whom both Daguerre and Talbot were familiar.  While the principles of capturing a shadow had been known for some time, no one had worked out how to fix the image so earlier attempts faded away in a few hours.  Niepce' work predates both Talbot and Daguerre by about 10 years and constitute the earliest "photographic" images still extant. But Talbot and Daguerre are considered the fathers of Photography, provided you like history Anglais or a’ Francais.

1843-The first recorded minstrel show. The mode became so popular that even black performers were made to wear burnt-cork blackface makeup and white lips.

1876- The U.S. Congress ordered all remaining Indian tribes to move into reservations or be declared hostile.

1978- Polish director Roman Polanski fled the U.S. for exile after being charged for having sex with a thirteen year old girl in Jack Nicholson’s house.


Posted by Animation Educator's Forum at 12:46 AM No comments:

1931- The Premiere of Charlie Chaplin’s City Lights at the Los Angeles Theater.  Albert Einstein came as his guest. Later at a dance at the Biltmore Hotel, writer Herman Mankiewicz (Citizen Kane, Duck Soup) got into a drunken fistfight with producer David O. Selznick (Gone With the Wind, Rebecca). You’ll never eat turtle-soup in this town again! 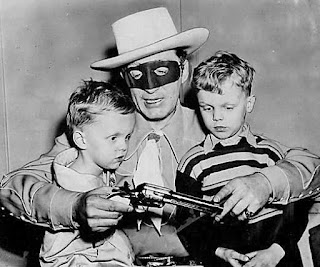 1933- HI-YO SILVER!! The Lone Ranger debuted on radio. The Masked Man was invented by the WXYZ Detroit station owner George Trendle and writer Fran Striker with absolutely no experience of cowboys or Indians. They just wanted a hero like Zorro with a strict moral code. He was later voiced by actor William Conrad who did the Rocky & Bullwinkle narration and the TV series Cannon.

1963- MIT Grad student Ivan Sutherland published his thesis Sketchpad, the first animation software.  For the first time, a computer could draw lines instead of just numbers. When students at the University of Utah like Ed Catmull, Nolan Bushnell and Jim Blinn were learning about CG. The first thing they were asked to read was Sutherland’s Sketchpad. Everything from Buzz Lightyear, Laura Croft, Coco and Mortal Combat results.

1969- The rock band the Beatles last public appearance as a group. They tried to do a free concert in the London streets but were banned by police for fear of congestion and noise complaints. So they withdrew to a rooftop above their recording studio and played anyway. John Lennon ended the concert by saying: ‘Thank you very much on behalf of the band and myself, and I hope we passed the audition.”

Quiz: In ancient Rome, what was the difference between a Centurion and a Praetorian?

Yesterday’s Question Answered Below: Thanks to the RAF in the Battle of Britain, Hitler never got to invade England. But there was one part of the United Kingdom that was invaded and occupied by the German Army. What was it?
================================================
History for 1/29/2018
Birthdays: Roman Emperor Didius Julianus, Franklin Delano Roosevelt, Thomas Paine, William Claude Dunkenfeld known as W.C. Fields, Victor Mature, Paddy Chayefsky, Tom Selleck is 73, Ed Burns, Bill Peet, Greg Louganis, John D Rockefeller Jr., Claudine Longet, John Horsely (1817) the inventor of the Christmas Card-1842*, Oprah Winfrey is 64, Heather Graham is 48.

*Horsley was a Victorian artist at the Royal Academy in London who refused to draw nudes because it offended his morality. This earned him the nickname- Clothes Horsely.

1728- At this time all the rage in London was Italian Opera based on adaptations of Greek Mythology sung by castrated male sopranos. This day John Gay and Johann Pepusch’s THE BEGGARS OPERA was first produced in Lincoln’s Inn Fields. The play was a sensation because it was an opera in English using popular tunes of the time and told the story not of gods or noble heroes, but highwaymen, bawdy girls and innkeepers. Considered the first true musical.

1920- Walt gets a job. Nineteen year old WWI veteran Walt Disney and his buddy Ub Iwerks were hired by a local Kansas City Slide Company to draw ads for newspapers and slides for theaters.

1959- Disney's " SLEEPING BEAUTY " opened. Despite earning the fifth highest box office for that year, it finished $5 million behind what it cost to make.  The animation staff had swollen to it's largest to finish the production. Its disappointing box office soured Walt Disney on feature animation. After the film was finished the studio had a massive layoff, dropping from 551 to just 75. Staff level will not return to these same levels until 1990.

1964- Stanley Kubrick's nuclear comedy "DR STRANGLOVE –OR HOW I LEARNED TO STOP WORRYING AND LOVE THE BOMB." premiered. It's use of hand held camera for action sequences and cutting inspired by the European New Wave ushered in a new style in Hollywood cinema. So, who was Tracey Reed? She played Miss Scott, George C. Scott’s bikini clad secretary, and the only woman in the entire movie.

1964- Actor Alan Ladd (Shane), accidentally overdosed on tranquilizers and scotch. He was 50.

1977- Comic TV star of "Chico and the Man " Freddy Prinze (23) blew his brains out. Some said he suffered from a survivor's depression about why he had succeeded in life while all his friends from the Barrio were dead from gang killings or drugs. Family members said that he was just stoned on Quaaludes and was clowning around with a gun. 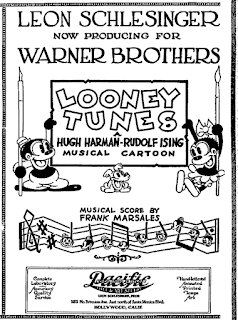 1930- Warner Brothers Cartoons Born.  Leon Schlesinger, the head of Pacific Art and Title, signed a deal with several unemployed Disney animators who had left Walt to form their own studio to draw Oswald the Lucky Rabbit, but had been stiffed by their contacts. Schlesinger had connections with the Warner Bros. since he helped them get funding for the 'Jazz Singer'. They created Leon Schlesinger's Studio Looney Tunes, in imitation of Disney's Silly Symphonies. Their first character was Bosko, but eventually they would create Bugs Bunny, Daffy Duck, Porky Pig, Pepe LePew and more.

1949- The Admiral Broadway Review premiered on television. The one and a half hour comedy review starred Sid Caesar and Imogene Coca. The show was so popular Admiral was swamped for orders for new televisions and ironically was forced to cancel the show to focus on their production needs. The show was revived as Your Show of Shows, one of the great shows of early television.