1832- In New York the first public transportation began, a streetcar pulled along iron rails by a team of horses. A ticket cost 12 pennies.  The last horse car bus stopped in 1926.

1865- Lewis Carroll sent a copy of the completed manuscript of his fantasy Alice in Wonderland to his 12 year old friend and inspiration Alice Liddell. Carroll later published the book with his own money. This is one of the first books written solely to amuse children, and not to educate or discipline them.

1868- At first baseball games were played in a convenient cow pasture. Today the baseball game was played in an enclosed field. It was in San Francisco at Folsom & 25th St.. 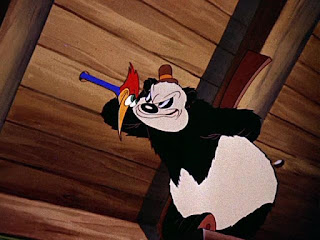 1945- Charlie Parker and Dizzy Gillespie recorded KoKo, the first bebop Jazz single. Instead of big bands as was the fashion, they used a smaller quintet. The pianist at the session didn’t have his New York union card so after his solo, Dizzy dropped his trumpet and did the piano backup to Birds’ solo. The term Bop came from an earlier Lionel Hampton hit “Hey-Bop-A-ReBop”. Jazz critic Ira Gitler picked up on the witty interplay between musicians, and began wrote of the new sound as BeBop.

1990- Acting on the example of Sony’s purchase of MGM-Columbia studios, Matushita (Panasonic) bought MCA- Universal studios for $6.6 billion. After a few fruitless years they sold it to the Bronfmans group, the distillers of Seagram’s Whiskey.

Posted by Animation Educator's Forum at 1:35 AM