1900- Oscar Wilde died of meningitis in a hotel in Paris. His last words; "This wallpaper is appalling! Either it goes or I do."

1922- The great actress Sarah Bernhardt made her last performance in Turin Italy. She was still considered sexy despite advanced age and a wooden leg.

1924- The first fax message sent. A photo of the Prince of Wales was wired across the Atlantic by radio transmission.

1976- After doing such a fine job lowering the journalistic standards of the London press, Australian tabloid king Rupert Murdoch turned his attention to America. Today he bought the New York Post. The Post, a newspaper originally started in 1794 by Alexander Hamilton, quickly gains notoriety as the trashiest newspaper in the U.S.  In an interview Murdoch said the only reason he didn’t put in the Post his “Page Three Girls” -nude photo of young women so successful in the London Daily Sun, was because his wife objected...He later replaced his wife. Rupert then bought New York Magazine and the Village Voice, whereupon half their staff immediately quit.

1982- Nova Pictures is founded, but due to conflict with a PBS TV show of the same name they change theirs to TriStar Pictures. In 1994 TriStar was merged into SONY Pictures. 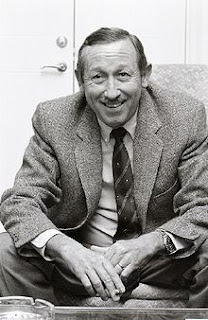 2003- Roy Disney Jr, the last serving member of the Disney family, was forced to resign from the Walt Disney Company. It was claimed to be the mandatory retirement policy, but more likely he was forced out by the exec he hired to run the company in 1984- Michael Eisner. So Roy built a successful grass roots stockholders campaign SaveDisney.com. In 2005 Eisner was compelled to retire. Roy Disney kept an emeritus board position until his death in 2009.

Posted by Animation Educator's Forum at 1:28 AM No comments: 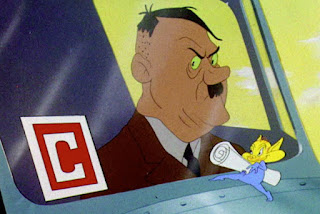 1942- During WWII, the U.S. declared coffee would be rationed along with sugar, gasoline and rubber. And lots more. People put their cars up on blocks "for the duration". Gas Ration cards were listed as C, B & A. The C card meant essential defense worker, police & fire, so they had unlimited access to gasoline. A cards were the least important.

1981- Actress Natalie Wood drunkenly toppled off her yacht near Catalina Island and
drowned. Her husband Robert Wagner, and friend Christopher Walken were onboard having an argument and unaware of her predicament. Wood had once confessed to a friend that she had a horror of drowning.

1870- Painter Jean Bazille was shot and killed while serving in the French Army fighting the Prussians. He was only 29. He had been one of the leaders of the new Impressionists painters. Had he lived he might have produced many masterpieces and would’ve been as famous as Degas, Monet or Cezanne.

1907- Russian-Canadian scrap metal dealer Lazar Meir, now renamed Louis B. Mayer, bought an old burlesque house in Haverhill Massachusetts to show the new moving picture shows. He renamed it The Orpheum and the first film he showed was “ From the Manger to the Cross”. L.B. Mayer grew his film business to become MGM, and at the time of his death in 1950 was the most powerful man in Hollywood. The Motion Picture Academy was his idea.

1925- First radio broadcast from the Grand Ol' Opry in Nashville.

Posted by Animation Educator's Forum at 12:26 AM No comments: