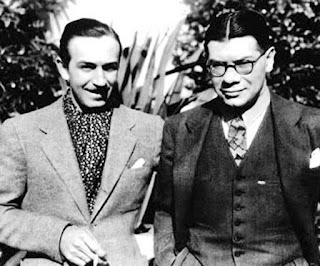 1949- Kay Kamen, Walt Disney Studios merchandising mastermind, was killed in a plane crash in the Azores. For almost two decades the Baltimore-born ad man was the mastermind behind the creation of Disney merchandising, including the wildly successful Mickey Mouse watch. By the time of his death, Disney merchandising was earning the studio $100 million a year.

Posted by Animation Educator's Forum at 1:06 AM