1921- To prove what a neat new invention radio was, RCA chief David Sarnoff broadcast for free a live feed of the Jack Dempsey vs. George Carpentier championship prizefight. He had loud speakers set up in Times Square that attracted ten thousand listeners. As it happened, the live reports were a sham. An eyewitness to the fight relayed details via tickertape to a Manhattan studio where an announcer read them aloud as though he were there. No matter, the effect was electric and suddenly everyone wanted a radio.

1927- The film Flesh and the Devil established a new star named Greta Garbo.

1946-The Peace Treaty of Beverly Hills- SAG president Ronald Reagan brokered a labor settlement between the two rival Hollywood Unions, IATSE vs. CSU, temporarily ending a violent Hollywood strike. At this time Reagan went to work every day with a 32 cal. Smith & Wesson under his coat. 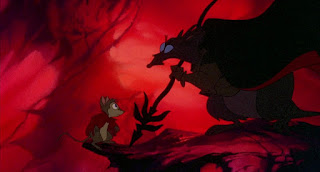