1893- Representatives of fourteen stage unions meet to form IATSE, the International Alliance of Theatrical & Screen Engineers of the U.S. & Canada.

1928- President of Mexico Alvaro Obregon was at a large banquet for former veterans of the Mexican Revolution. Part of the party was having an artist stroll about making caricatures of the guests. Obregon said to cartoonist Leon Toral: "Make sure you make me look good." Toral responded "Oh, I will.." and pulled a gun and shot the President to death. An assassin but still a professional artist, he actually completed the drawing before reaching for his pistol. Gotta watch them cartoonists….

1955- DISNEYLAND OPENED- Walt Disney's dream of a perfect family amusement park, called 'The Happiest Place on Earth" was declared open with movie celebrities like Ronald Reagan, Art Linkletter and the Mouseketeers in attendance. Walt hoped to get 10,000 visitors that first day.  He got 100,000. Facilities broke down from the huge crowds and the haste with which the park was built.  Concrete pavement which was poured the night before was still soft under people's feet, there were no working water fountains and the car parking was a nightmare. To the Disneyland workers opening day was nicknamed 'Black Sunday". But despite all, Disneyland became a huge success.

1967– The Monkees performed at Forest Hills NY, Jimi Hendrix was their opening act. 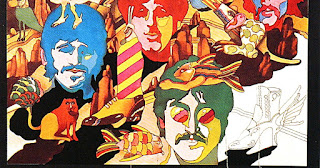