1937- A statue of Popeye the Sailor unveiled at the Crystal City Texas Spinach Festival. 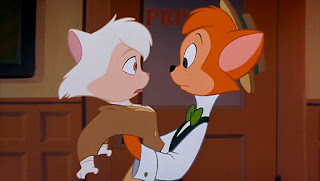 20 Years Ago 1997- Turner Animation's film 'Cat's Don't Dance" featuring the last film work of Gene Kelly. He was a consultant on the dance sequences.

Posted by Animation Educator's Forum at 1:44 AM