1874- MACY'S- Jacob and Isadore Strauss, two German Jewish peddlers whose first job in America was selling Confederate War Bonds, buy a dry goods store from a retired Quaker whaling sailor named R.H. MACY.  They decide to keep the name to divert anti-Semitic customers. The store was later so successful that in 1904 Macys’s moved to it's present location on 34th St. The location was close by the new Penn. Station and also across the street from the two largest brothels in New York.  When Macy was a sailor, he had a red star tattoo on his arm. That red star remains the Macys logo.

1901- At a grand exhibition of his paintings at Bernheim-Jeune Palace in Paris, the world discovered the brilliance of a poor Dutch lunatic who had shot himself a few years back- Vincent Van Gogh.

1941- The National Gallery of Art opens in Washington D.C. 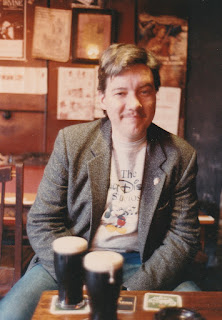 Posted by Animation Educator's Forum at 1:04 AM