1892- Sir Arthur Conan-Doyle gathered all his Holmes mystery stories into its first collection to be published in book form- The Adventures of Sherlock Holmes.

Posted by Animation Educator's Forum at 12:18 AM No comments:

1936- London publishers George Allen & Unwin had received a manuscript from an Oxford languages professor named J.R.R. Tolkein.  Raynar Unwin, the ten year old son of the publisher, read it and made a report “ This book will be a very good read for children from ages 5-7.” He was paid a shilling. So they published “The Hobbit”.

1938-"THE NIGHT THAT PANICKED AMERICA- 27 year old Orson Wells broadcast a  radio update of H.G. Well’s story "The War of the Worlds". Despite periodic station announcements that it was only a fictional re-enactment, people across the U.S. go bonkers that an actual Martian invasion had landed in Grover’s Mill New
Jersey.  In Hollywood famed actor John Barrymore, drunk as usual, went over to his
kennel of prize winning racing greyhounds and open their cage doors, saying: "Fend
for yourselves!" In 1949 Ecuador and 1969 Buffalo NY, radio stations did updated versions of the broadcast, and they also started panics.

1947- Bertholt Brecht, the playwright of Mother Courage and the Threepenny Opera,
testified to the McCarthy HUAC committee. He smoked a large cigar through the whole
session. Next day, as he had once fled Hitler’s Germany, he fled the U.S. and settled
in East Germany.

2002- Rap star of Run-DMC Jam Master Jay was shot dead in the lounge of his recording
studio in Queens NY. The killer was never found.

2012- The Walt Disney Company announced it was buying out George Lucas holdings (including the Star Wars franchise) for $4.05 billion.

Posted by Animation Educator's Forum at 1:31 AM No comments:

1936- Ella Crawford-Smith was a real estate magnate whose first husband was killed in a gangland hit. She had the Hollywood bungalow where the murder occurred torn down, and brought in Arte-Moderne architect Robert Derrah to create something unique. Today the project, Cross Roads of the World, was dedicated. It was an early form of open-air mall, designed to look like an ocean liner coming into port. It’s still there today.

1957- Louis B. Mayer dies. His last words were: "Nothing Matters..." The head of MGM Studios lorded over Hollywood like a monarch, made and broke moviestars, ordered Judy Garland fed a steady stream of narcotics and had his office redesigned all white to resemble Mussolini, whom he admired. Humphrey Bogart was at his funeral. When asked if he was close to Mayer, Bogie replied: Nah, I'm just here to make sure he's dead!

1969- THE BIRTH OF THE INTERNET- After the Cuban Missile Crisis, the Defense Department asked the Rand Corporation to create a communication system that could survive Russian atomic bombs. They conceived of a “net” of computers all in communication with another around the world. Because there was no center, a bomb could not knock out the entire system.
In the basement of UCLA’s Boelter Hall, Lick Licklider, Vincent Cerf, Robert Kahn, Lawrence Roberts and Bob Taylor set up the first call to Stanford. “ We typed the “L” and we asked on the phone “ Did you see the “L”? “Yes, we see the “L,” was the response. Then we typed O and asked Did you see the O?” Yes, we see the O” was the response. Then we typed G, and then the system crashed!” But when they rebooted, and the system sprung to life again. The people at UCLA were able to type in LOG, to which the Stanford folks replied IN.

They called it ARPANET- Advanced Research Projects Agency-NET, a few years later Internet. By 1978 the Defense Department didn’t want to run the thing anymore so they offered to turn over the entire Internet to ATT for free. AT&T said no thanks, we just don’t see the value in it. In 1992 the US government made the Internet public and the gold rush was on.

1993- Tim Burton’s fantasy A Nightmare Before Christmas, premiered in the US.

Posted by Animation Educator's Forum at 12:36 AM No comments: 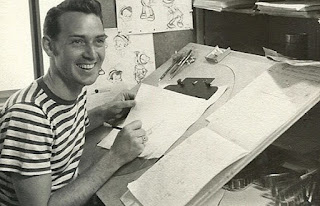 1949- Walt Disney’s merchandise and licensing mastermind Kay Kamen and his wife were killed in a plane crash in the Azores.

1886-Musical fantasy "Night on Bald Mountain" premiered in Russia. Composer Modest Mussougorsky worked as a florist during the day and wrote music at night. He was convinced he couldn’t make a living otherwise.

1947- The "You Bet Your Life" quiz show premiered on radio. "Say the Secret Word and Win Fifty Dollars".

1954- The" Disneyland" television show premieres. Up until then the major Hollywood Studios were all boycotting the new upstart medium of television, then mostly done in New York by blacklisted stage actors and writers. MGM Production head Dori Schary called TV “ the Enemy”. Walt Disney is the first to break ranks with the major film studios and get into television production and even films the show in Technicolor, figuring television will develop color broadcasting eventually.

1964- The “ You Choose Speech” Actor and TV pitchman Ronald Reagan made his maiden political speech at a fundraiser for Republican presidential candidate Barry Goldwater. He had made political speeches in the past, but this one marks his shedding his acting and union careers to become a full time politician. 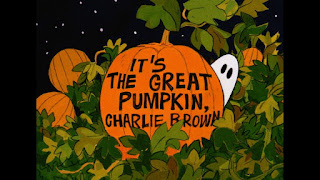 Posted by Animation Educator's Forum at 12:43 AM No comments:

1947-HOLLYWOOD FIGHTS BACK.- Members of Hollywood's progressive elite tried to answer the McCarthy hearings and the blacklist with a nationwide radio broadcast "Hollywood Fights Back' -Starring Humphrey Bogart and Lauren Bacall, Judy Garland, Katharine Hepburn, Danny Kaye, John Huston, Gene Kelly and Edward G. Robinson.
The event was a public relations fiasco. Nobel laureate Thomas Mann used his airtime to launch into a longwinded intellectual defense of Communism. When word reached them that some of the Hollywood writers they were defending really were communists Bogart and Bacall felt they had been hoodwinked. "As politicians we stink!" quote Bogie. 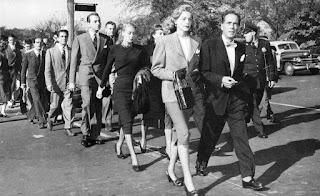 1965- The rock band the Beatles received MBEs ( most excellent Member of the British Empire ) medals at Buckingham Palace.  John Lennon later returned his as a protest.

1970- Doonesbury born. Yale law graduate Gary Trudeau was convinced by Jim Andrews his classmate now an editor at Universal Press syndicate, to recreate his funny comic he did in the campus newspaper. It's original name was 'Bull Tales".

1984-" I’LL BE BACK…" James Cameron’s sci-fi thriller THE TERMINATOR first released. Arnold Schwarzenegger was considered a Hollywood joke before this film made him a major star.  An interesting what-if, was that before Arnold was cast in the role of the cyborg assassin, the producers were first considering O.J. Simpson.

1985- The original date Marty McFly time travels from in the film Back to the Future.

Posted by Animation Educator's Forum at 12:47 AM No comments: 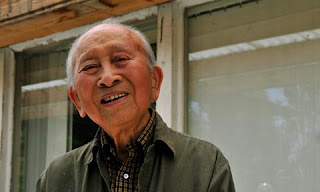 1903- New York’s New Amsterdam Theater opened with a gala performance of A Midsummer’s Night Dream. The New Amsterdam boasted all Art Nouveau decoration, the first theater in a steel girdered building and a new style of floating balcony that didn’t obstruct the view with support pillars, an effect to be copied by movie houses throughout the world. The Great Ziegfield staged his great Follies there and in the rooftop garden theater for only the cream of New York society. The theater fell into decrepitude and in the 1970’s was a porno house, but the Walt Disney Company restored it to it’s Gilded Age glory in 1996.

1917- Sir Arthur Conan-Doyle, the creator of Sherlock Holmes, in a lecture announced his firm belief in spiritualism, divination, and communication with the dead. He called it The New Revelation. “The chasm between this life and the next is not insurmountable.” Other British intellects think Sir Arthur had gone a bit potty.

Posted by Animation Educator's Forum at 12:39 AM No comments:

1902- Author Arthur Conan-Doyle was knighted by King Edward VII. He received the award not for his literary accomplishments but for his doctor volunteer services during the just concluded Boer War.

1937- At Piping Springs NY, composer Cole Porter suffered an accident while horseback riding that broke both his legs. Even after 26 operations he never regained their full use and one leg was amputated in 1958.

1947- Walt Disney testified to the House UnAmerican Activities Committee (HUAC) as a friendly witness. He accused members of the Cartoonists Guild and the League of Women Voters –which he mistakenly called the League of Women Shoppers, as being infiltrated by Communists "Seeking to subvert the Spirit of Mickey Mouse'. 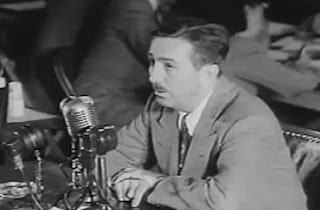 1948- In-N-Out, the first drive-through restaurant opened in Baldwin Park California. It’s still in business today, selling only burgers, shakes, and fries, pretty much like they did back then.