1938- Bob Hope first sang “Thanks For the Memory” on his NBC radio show. It became a hit his movie appearance in the film “The Big Broadcast of 1938.” 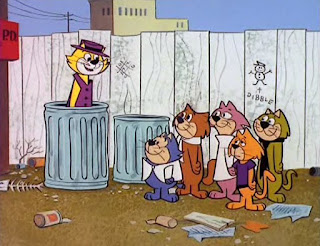 1977- Bob McKimson, Warner director of countless Foghorn Leghorn shorts, died of heart failure in front of Friz Freleng and Yosemite Sam animator Gerry Chiniquy while having lunch. Fellow artist Art Leonardi had asked Bob for a souvenir drawing that morning, Bob did him a Bugs Bunny but as he was leaving Art reminded him that he neglected to sign it. Bob said as he walked out "Oh, I'll get to it after lunch..."

2003- Hours after the seasons final concert, in the dead the night, the historic bandshell at the Hollywood Bowl was demolished. After a long legal fight with preservationists, the historic 1929 structure designed by Frank Lloyd Wright, that Gershwin and Stokowski played in, was replaced with a new shell promising better acoustics.
Posted by Animation Educator's Forum at 12:28 AM