1887- Thomas Edison patented the plans for a Kinetoscope, his original version of Motion Pictures using George Eastmans new celluloid roll film. Most of the actual work was done by Canadian scientist W.K.L. Dickson. He drove himself sick designing, building and improving the device as well as the camera and studio, but Edison took all the credit. Edison wrote Edweard Muybridge at the time that he doubted the Kinetoscope would have much commercial value beyond the science lab.

1928- In Berlin the ThreePenny Opera premiered, music by Kurt Weill and lyrics by Bertholdt Brecht with Lotte Lenya as Pirate Jenny. Mackie Messer or Mack the Knife was born.

1930 -Detroit radio station is 1st to broadcast a news program on the air.

1938- Walt Disney puts ten thousand down to buy 51 acres on Buena Vista Street in Burbank. He would build his modern studio there.

1964- Young comedian Richard Pryor made his first appearance on TV. He did some of his standup on Rudy Vallee’s Broadway Tonight Show.

Posted by Animation Educator's Forum at 1:29 AM No comments:

1939- The last peacetime voyage of the HMS Queen Mary evacuated Americans fleeing the impending war in Europe. Among the crowd was a large contingent of Hollywood stars like Bob Hope and Jack Warner who planned to attend the first Cannes Film Festival (postponed until 1946). The Queen Mary kept radio silence across the ocean to hide from U-Boats. This was a wise because her sister ship HMS Athenia was torpedoed.

1993-The David Letterman Show premiered on CBS. Letterman was wooed away from NBC for $42 million bucks.

2012- At the Republican Presidential convention, venerable 80 year old filmmaker Clint Eastwood made a fool out of himself by improvising a rambling dialogue with an empty chair that he meant to be the absent Pres. Obama. Eastwood was supposed to introduce candidate Mitt Romney’s acceptance speech, but his bizarre performance upstaged anything Romney said. This followed the keynote speech by New Jersey governor Chris Christie, who talked only about himself for 16 minutes before he ever mentioned Romney.  For this and many other reasons, Romney lost by a landslide. 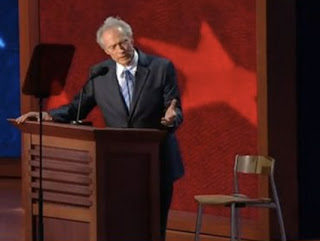 Posted by Animation Educator's Forum at 12:22 AM No comments: 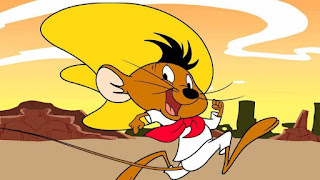 Posted by Animation Educator's Forum at 12:36 AM No comments:

1850- Lohengrin, the first opera written by Richard Wagner, premiered in Weimar. The Third Act chorus “Treulich Gefuhrt” became famous for weddings as “Here Comes the Bride, All Dressed in White”.

1922- The first broadcast commercial on radio.  It was for a real estate firm Queensboro Realty lasting ten minutes, and cost $100 dollars. The firm selling suburban homes in Queens NY immediately did $100,000 worth of business. The business world took note of this new method of advertising.

1963- Dr. Martin Luther King gave his "I Have a Dream" speech in front of the Lincoln Memorial at the climax of the first ' Poor People's March 'on Washington”. Organizer A. Phillip Randolph conceived a poor people’s march taking weeks not unlike the Bonus Marchers of 1929. The sympathetic John F. Kennedy administration prevailed upon them to keep it to one day to reduce the chance of violence and maximize media exposure.  They had planned for 100,000 but they got 400,000. Movie stars like Sidney Poitier, Marlon Brando, James Garner, and Charlton Heston attended.

1917- Straight Shooting, the first film directed by John Ford released. Before that Ford did bit parts and stuntwork. He was a Klansman in Birth of a Nation. Not because he was racist but because it was a paying extras job. He said later he kept fussing with his white hood that kept slipping over his eyes while he was trying to ride his horse.

1930- Lon Chaney Sr. died of throat cancer. It was claimed then that during filming of a remake of The Unholy Three a wind machine blew an artificial gypsum snowflake into Chaney's mouth - it caused an irritation that became a tumor.

Posted by Animation Educator's Forum at 2:14 AM No comments:

1868- First practical typewriter patented by Christopher Scholes. The Remington Company who were famous for making firearms took up the typewriter and mass produced it. In 1874 Mark Twain admitted to a friend that he preferred writing on it. 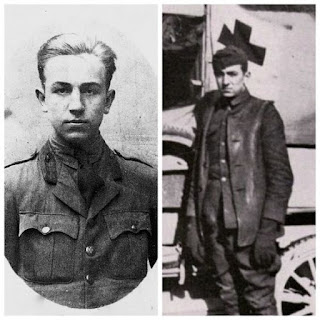 1958- First day of shooting on the Alfred Hitchcock film North By Northwest.

1980- Director Tex Avery died after collapsing in the parking lot of Hanna-Barbera.

Posted by Animation Educator's Forum at 11:50 PM No comments: 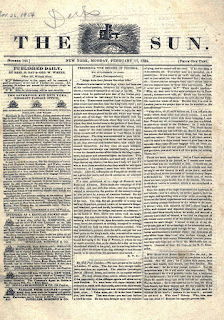 1835- The New York Sun newspaper ran a story that British astronomer Sir William Herschel, the discoverer of Neptune, had observed little men living on the surface of the Moon!  The story proved false, but it boosted the sales of the paper.


1951- Akira Kurosawa’s film Rashomon premiered at the Venice International Film Festival. The film won the Grand Prize and first showed the world that Japanese Cinema was a new force in the film world.

1973- One month after Bruce Lee’s death his last film Enter The Dragon opened in the US to wild acclaim. It renewed interest in the late star and helped spawn the Chinese Martial Arts craze in the US.

1997- According to the 1984 James Cameron film The Terminator this was the day the Skynet computer system became self aware, and began the War of the Day of Judgement.

2011- Washington D.C. and much of the east coast was shaken by an earthquake. The first in 121 years. Californians were told not to snicker too much.

2011- Steve Jobs announced he was resigning his positions at Apple, Pixar and Disney due to his failing health.

Posted by Animation Educator's Forum at 1:23 AM No comments: 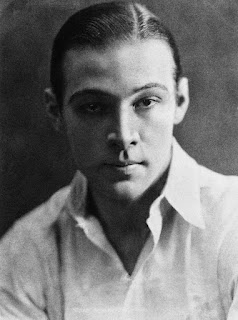 1926- Screen idol Rudolph Valentino died in a New York hospital of an infection due to a burst appendix and bleeding ulcer. Today this condition could be controlled by anti-biotics, but they weren’t invented yet.. Women around the world went mad with grief. From L.A. to Budapest women committed suicide before his picture. In Japan two women jumped into a volcano shouting his name.

1964- Twist and Shout! The Beatles played the Hollywood Bowl.

Posted by Animation Educator's Forum at 1:54 AM No comments:


1715 – Handel’s "Watermusic" premiered on the Thames River to mark celebrations of the Peace ending the War of Spanish Succession.


1906 - 1st Victor Victrola manufactured, using Emile Berliners flat record turntable system. The Victrola was so cheap and easy to use it became standard in many homes and finished off any competition from Thomas Edison’s rival talking cylinder system.
\ 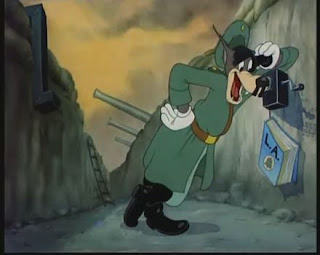 
Posted by Animation Educator's Forum at 12:33 AM No comments:

1882 -Peter Tchaikovsky's "1812 Overture" premiered in Moscow. The composer said of all his works the two pieces he liked the least were the 1812 Overture and the Nutcracker Suite. Overture 1812 was Richard Nixon’s favorite classical piece. 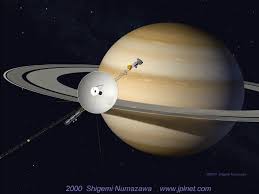 1977- NASA launched the Voyager 1 probe towards the outer planets of our solar system. Among the things Voyager discovered was that Jupiter had many more moons than previously thought and had a ring like Saturn. Part of NASA's program was an explanatory simulation film done on computer by Jim Blinn in 1980 and 1982. He enlisted the aid of some friends who later became the technology arm of PIXAR. The animation was so smooth and the graphics so breathtaking it expanded the use of the CGI medium and inspired a new generation of digital artists.