1928- Steamboat Willie was the first Mickey Mouse cartoon, but Mickey didn’t speak much. He just whistled, yelped and laughed. In the cartoon released this day “the Carnival Kid” Mickey spoke his first words “ Hot Dogs!” The voice was musician Carl Stalling.

Posted by Animation Educator's Forum at 1:07 AM No comments:

1606- Michel Caravaggio the artist shot a man over a tennis match. Caravaggio was a mad-artist before the term was invented.  The police records of Rome show the master painter constantly in trouble, seducing man, woman and child, throwing rocks at soldiers, stabbing waiters, etc. 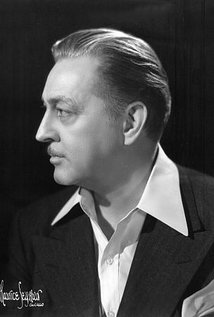 1942- JOHN BARRYMORE- The great dramatic actor, the first American to dare to play Hamlet in England, died of his many vices at age 60. Whether the infamous prank actually happened where Raoul Walsh, Bertholdt Brecht, Peter Lorre, W.C. Fields and some others (the "Bundy Drive Boys") kidnapped Barrymore's body from Pierce Brothers Funeral Home and propped it up at the poker table to scare the willys out of Errol Flynn is a matter of debate. Flynn and Paul Heinried said it was true, writer Gene Fowler said it was false. .
John Barrymore's last words were to screenwriter Gene Fowler:
"Say Gene, isn't it true you are an illegitimate son of Buffalo Bill?"

Posted by Animation Educator's Forum at 2:19 AM No comments:

1941- THE WALT DISNEY STRIKE- Labor pressures had been building in the Magic Kingdom since promises made to artists over the success of Snow White were reneged on, and Walt Disney’s lawyer Gunther Lessing encouraged a hard line with his employees. On this day, in defiance of federal law, Walt Disney fired animator Art Babbitt, the creator of Goofy, and thirteen other cartoonists for demanding a union. Babbitt had emerged as the union movements’ leader.  Studio security officers escorted him off the lot.
That night in an emergency meeting of the Cartoonists Guild, Art’s assistant on Fantasia, Bill Hurtz, made the motion to strike, and it was unanimously accepted. Bill Hurtz will later go on to direct award winning cartoons like UPA’s "Unicorn in the Garden". Picket lines go up next day in cartoon animation’s own version of the Civil War. 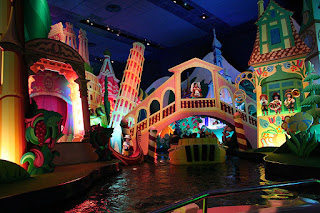 1966- the It’s a Small World exhibit, which had been created for the 1964 NY Worlds Fair, reopened at Disneyland, California.

1977-  George Lucas' space fantasy film STAR WARS opened generally (The premiere was May 25). This blockbuster was the first film where the filmmaker retained the licensing rights for merchandise instead of the distributor, known in Hollywood as the 'backend deal'. Several studios including Universal passed on the film because the prevailing wisdom was sci-fi films didn't make money.

1998- Saturday Night Live comedian Phil Hartman was shot to death by his wife Brynne as he slept. She was a heavy drink and pill user. At 6:00am as the LAPD were knocking Brynne turned the gun on herself.

Posted by Animation Educator's Forum at 12:01 AM No comments: 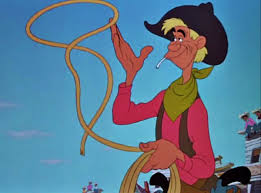 Posted by Animation Educator's Forum at 12:28 AM No comments:

1897- A novel by a softspoken London theatre manager named Abraham “Bram” Stoker appeared in bookstores.  It was titled Dracula.

1933- Jimmy Rogers "the Singing Brakeman", considered the father of modern country music, died of tuberculosis at age 31. Shortly before his death he recorded a song called "TB Blues". 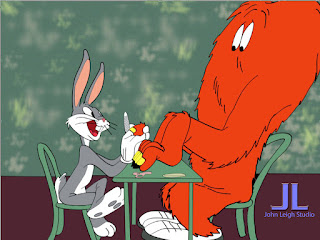 1957- Sid Caesar's Your Show of Show's canceled after nearly a decade. The show used future star writers like Mel Brooks, Carl Reiner, Woody Allen and Neil Simon.  They pioneered the executive strategy of network programmer Pat Weaver to not let the show be owned by an entire sponsor but the network would produce the show and would sell the sponsor commercial time in 30 second chunks. Pat Weaver’s daughter is Sigorney Weaver. Your Show of Shows was finally bested in the ratings by The Lawrence Welk Show.

1980- Evangelist Oral Roberts claimed he saw a 900-foot Jesus over his bed.

1986- Hands Across America stunt to help hunger has 7 million people at one time holding hands at noon.

Posted by Animation Educator's Forum at 2:30 AM No comments:

1950- Married movie star Ingrid Bergman shocked American morality by having an open love affair with neorealist film director Roberto Rosselini. This day they were finally married but the outcry of conservatives about this “Apostle of Degradation” was such that her image needed a makeover. So she played Saint Joan of Arc.

1991- Tri-Star Pictures 75 million-dollar mega-flop "Hudson Hawk" opened.
Star Bruce Willis, whose own salary was $17 million, blamed the film’s costs on union filmworkers’ salaries. He would return to his car after a day’s shooting to find it covered with animal excrement. The film almost sank his career. Willis’ next two films, "Death Becomes Her" and 'Pulp Fiction", he did for scale. In 2000 he made a $100,000 dollar donation to the SAG/AFTRA strike fund.

Posted by Animation Educator's Forum at 1:05 AM No comments: