1925- Louis “Sachmo” Armstrong did the first recordings of his band the Hot Five. These records lift him from a local talent in Chicago and New Orleans to international stardom.
According to close friends Sachmo was a lifelong marijuana smoker. He called Pot his “antidote to racism”. Gives new meaning to the song “Laughing Louie”.

1932-  The Girls Scouts first offered freshly baked cookies for sale.  The proceeds went to purchase camping gear. In 1936, the Girls Scouts signed a contract with Keebler to bake and package the cookies.

1938- The first day of shooting on the film 'The Wizard of Oz". Judy Garland met 125 little people hired to be the Munchkins. Judy's energy was fading under the heavy work schedule so L.B. Mayer ordered her put on Benzadrine (speed) every morning and Valium pills to sleep. June Alysson, another young MGM actress at the time said: "The studio nurse would give it to you and tell you it was vitamins." Judy Garland became a heavy drug addict and died of an overdose in 1969 at 47 years old.

1940- The Birth of the Jeep. The army introduces its first General Purpose vehicle-G.P. or Jeep, a name coinciding with a character in E.C. Segar's Popeye cartoons.

1954- Tolkein’s second book of the Lord of the Rings: The Two Towers, first published.

1978- The renovated Hollywood Sign is unveiled. The second O was paid for by rock star Alice Cooper in memory of his idol, Groucho Marx.

1980- 'Heaven's Gate" Michael Cimino's $44 million dollar flop opened. Cimino originally said he could do the film for $8 million. Critic Pauline Kael said: "It's the kind of movie you want to deface. You want to draw mustaches all over it." 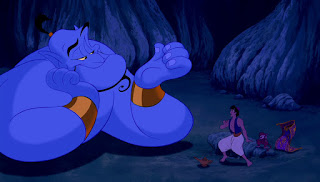