1928- Steamboat Willie was the first Mickey Mouse cartoon, but Mickey didn’t speak much. He just whistled, yelped and laughed. In the cartoon released this day “the Carnival Kid” Mickey spoke his first words “ Hot Dogs!” The voice was musician Carl Stalling.

Posted by Animation Educator's Forum at 12:25 AM No comments:

1994 - Death of Baron Marcel Bich, Italian-born French engineer and industrialist who created an empire through his disposable BIC pens, lighters and razors.

Posted by Animation Educator's Forum at 1:47 AM No comments:

1912- 15 young women were fired by the Curtis Publishing Company for dancing "Turkey Trot" during their lunch break. 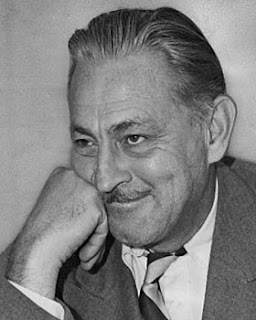 1942- JOHN BARRYMORE- The great dramatic actor, the first American to dare to play Hamlet in England, died of his vices at age 60. Whether the infamous prank actually happened where Raoul Walsh, Bertholdt Brecht, Peter Lorre, W.C. Fields and some others (the"Bundy Drive Boys") kidnapped Barrymore's body from Pierce Brothers Funeral Home and propped it up at the poker table to scare the willys out of Errol Flynn is a matter of debate. Flynn and Paul Heinried said it was true, writer Gene Fowler said it was false. .
John Barrymore's last words were to screenwriter Gene Fowler:
"Say Gene, isn't it true you are an illegitimate son of Buffalo Bill?"

1999- Hikers in Malibu California discover the remains of Phillip Taylor, the bass guitar player of the 60’s band Iron Butterfly. The musician had disappeared four years before. Now his skeleton was found sitting in his Ford Aerostar at the bottom of a steep ravine. 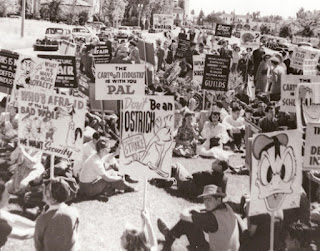 1941- THE WALT DISNEY STRIKE- Labor pressures had been building in the Magic Kingdom since promises made to artists over the success of Snow White were reneged on, and Walt Disney’s lawyer Gunther Lessing encouraged a hard line with his employees. On this day, in defiance of federal law, Walt Disney fired animator Art Babbitt ,the creator of Goofy, and thirteen other cartoonists for demanding a union. Babbitt had emerged as the union movements’ leader.  Studio security officers escorted Babbitt off the lot.
That night in an emergency meeting of the Cartoonists Guild, Art’s assistant on Fantasia, Bill Hurtz, made the motion to strike, and it was unanimously accepted. Bill Hurtz will later go on to direct award winning cartoons like UPA’s "Unicorn in the Garden". Picket lines go up next day in cartoon animation’s own version of the Civil War.

1966- the It’s a Small World exhibit, which had been created for the NY Worlds Fair, reopens at Disneyland.

1977- " MAY THE FORCE BE WITH YOU." George Lucas' space fantasy film STAR WARS opened (The premiere was May 25). This blockbuster was the first film where the filmmaker retained the licensing rights for merchandise instead of the distributor, known in Hollywood as the 'backend deal'. Several studios including Universal passed on the film because the prevailing wisdom was sci-fi films didn't make money.

Twentieth Century Fox picked up the distribution but let the backend go to Lucas, because they didn't think the film would do any serious business. Even George Lucas didn’t expect the film to break even. Fox's market research department told studio head Alan Ladd, Jr.” a) don't make this movie; no one will go see a science fiction movie; and b) change the title; no one will go see a movie with "War" in the title.  Fox executives had predicted the studios monster hit for that summer would be "Dirty Mary and Crazy Larry" with Peter Fonda and Susan George.

Star Wars was a monster hit. It was like there were no other movies playing that summer. George Lucas became a seriously rich man and developed THX Dolby sound, digital animation and Industrial Light and Magic special effects. The film’s popularity ran so ahead of expectations, that at Christmas when you purchased a Star Wars Game you got a box with a pink IOU note in it pledging to get you the game when they printed more.

Posted by Animation Educator's Forum at 1:58 AM No comments:

1935- The U.S. Supreme Court strikes down Franklin Roosevelt’s National Recovery Act (The NRA) program. Roosevelt responds by trying to stack the court with judges more to his liking. He referred to them angrily as 'The Nine Old Men', a sobriquet Walt Disney would borrow in 1949 for his animators.

1949- Actress Rita Hayworth married Arab playboy Prince Aly Khan. Prince Aly Khan, 1911-1960, was born in Italy a son of dispossessed Pakistani Muslim royalty to the Aga Khan II. He lived his life as an international playboy, socialite and sportsman, making love to women from actress Rita Hayworth to Winston Churchill’s daughter-in-law Pamela Churchill-Harriman. Cole Porter wrote him into a song. He died when he crashed his sportscar in France


1995- Actor Christopher Reeve was left paralyzed from the neck down after falling from his horse in an equestrian event in Charlottesville, Va.  He became a spokesman for stem-cel research, but his effort in the US was frustrated by powerful religious lobbyists. Christopher Reeves died in 2004.

Posted by Animation Educator's Forum at 2:21 AM No comments:

1897- A novel by a quiet London theatre manager named Bram Stoker appeared in bookstores.  It was titled Dracula.

1933- Jimmy Rogers "the Singing Brakeman", considered the father of modern country music, died of tuberculosis at age 31. Shortly before his death he recorded a song called "TB Blues".

Posted by Animation Educator's Forum at 12:26 AM No comments:

1878- Gilbert & Sullivan’s HMS Pinafore premiered at the Savoy in London. “So stick to your desk and never go to Sea, and you can be the Leader of the Queen’s Navy! ”

1942- First day shooting on the film “ Casablanca”.
1957- Sid Caesar's Your Show of Show's canceled after nearly a decade. The show used future star writers like Mel Brooks, Carl Reiner, Woody Allen and Neil Simon.  The show pioneered the executive strategy of network programmer Pat Weaver to not let the show be owned by an entire sponsor but the network would produce the show and would sell the sponsor commercial time in 30 second chunks. Pat Weaver’s daughter is Sigorney Weaver. Your Show of Shows was finally bested in the ratings by The Lawrence Welk Show. 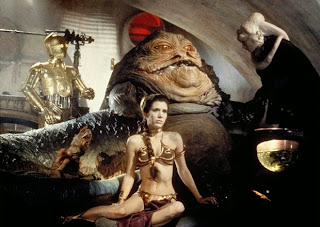