1924- The first fax message sent. A photo of the Prince of Wales was wired across the Atlantic by radio transmission.

1940-Actress Lucille Ball married Cuban band leader Dezi Arnez. Together they pioneered the new art of Television. They divorced in 1960.

1982- Nova Pictures is founded, but due to conflict with a PBS TV show of the same name they change theirs to TriStar Pictures. In 1994 TriStar was merged into SONY Pictures.

2003- Roy Disney Jr, the last serving member of the Disney family, was forced to resign from the Walt Disney Company. It was claimed to be the mandatory retirement policy, but more likely he was forced out by the exec he hired to run the company in 1984- Michael Eisner. So Roy built a successful grass roots stockholders campaign SaveDisney.com. In 2005 Eisner was compelled to retire. Roy Disney kept an emeritus board position until his death in 2009.

1942- U.S. declared coffee would be rationed along with sugar, gasoline and rubber. And lots more. People put their cars up on blocks "for the duration". Gas Ration cards were listed as C, B & A. The C card meant essential defense worker, police & fire, so they had unlimited access to gasoline. A cards were the least important. Lots of jokes in Looney Tunes about rationing cards.

1925- First radio broadcast from the Grand Ol' Opry in Nashville.

Posted by Animation Educator's Forum at 12:32 AM No comments:

1924- The First Macy’s Thanksgiving Day Parade in New York. The marvel of the parade were large displays that moved down the street thanks to small automobiles concealed under them. They seemed to "float", so they are called parade floats today.  The huge balloons were added in 1927. Originally after the parade the balloons were let go to float away into the sky. Macy’s offered a bounty to people who found them after they landed, sometimes in rural New Jersey.

1933- Former Terrytoons animator Art Babbitt, now at Walt Disney's, writes to fellow animator Bill Tytla encouraging him to move to California. "Terry owes you a lot and Disney has plans for a full length color cartoon!" 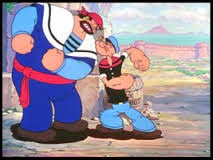 Posted by Animation Educator's Forum at 12:30 AM No comments:

1865- Lewis Carroll sent a copy of the completed manuscript of his fantasy Alice in Wonderland to his 12 year old friend and inspiration Alice Liddell. Carroll later published the book with his own money. This is one of the first books written solely to amuse children, and not to educate or discipline them. 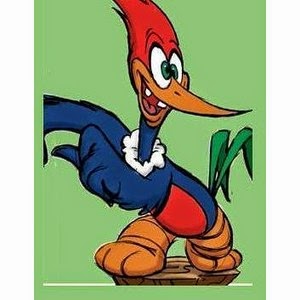 1945- Charlie Parker and Dizzy Gillespie recorded KoKo, the first bebop Jazz single. Instead of big bands as was the fashion, they used a smaller quintet. The pianist at the session didn’t have his New York union card so after his solo, Dizzy dropped his trumpet and did the piano backup to Birds’ solo. The term Bop came from an earlier Lionel Hampton hit “Hey-Bop-A-ReBop”. Jazz critic Ira Gitler picked up on the witty interplay between musicians, and began wrote of the new sound as BeBop.

1990- Acting on the example of Sony’s purchase of MGM-Columbia studios, Matushita (Panasonic) bought MCA- Universal studios for $6.6 billion. After a few fruitless years they sold it to the Bronfmans group, the distillers of Seagram’s Whiskey.

Posted by Animation Educator's Forum at 1:00 AM No comments:

1929- Alfred Hitchcock’s film Blackmail opened in London. It was the first full length talkie in Britain.

1949- Rudolph the Red Nosed Reindeer sung by Gene Autry hit number one on the musical charts.

1995- Legendary Corporate CEO Akio Morita resigned as the leader of Sony. Under his guidance Sony went from a little postwar maker of cheap electric rice cookers to the largest electronics giant in the world. His official reason was health problems but insiders said the real problem was his headaches with Sony's Hollywood studios -MGM, Columbia, TriStar losing $2 billion. By the time he died in 1999 the Sony movie studios had pulled out of their slump and were on top with movies like Men in Black. 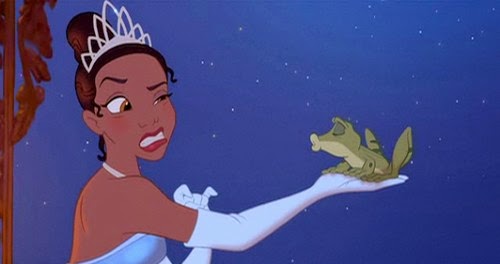 2009 Disney’s Princess and the Frog released.

1933- The RKO movie Flying Down to Rio opened, originally as a starring vehicle for Dolores Del Rio, but what we remember is it is the first pairing of the famous dance team of Fred Astaire and Ginger Rogers.

1937- The Andrew Sisters record their Boogie-Woogie version of “Bei Mir Bist Du Schon”, an old Yiddish song that was updated by Bennie Goodman.

1938- LENI DOES TINSELTOWN -Hitler's top filmmaker Leni Reifenstahl arrived in Hollywood to meet the film community and show off her new documentary 'Olympia". Nazis charges de’ affaires in L.A. Gerhard Gyssling had bragged to the press that all Hollywood was dying to meet Germany’s top film artist. But Hollywood had different ideas. Paramount, Warner Bros., Columbia, Fox and Goldwyn refused to speak to her and picketers hounded her every step. Well known Conservatives like Louis B. Mayer and Gary Cooper were polite but begged off the bad publicity.

The only studio heads who would meet Leni Reifenstahl were Hal Roach and Walt Disney. Uncle Walt gave her a tour of the studio but begged off running her film, saying the union projectionist would make trouble. ( uh-huh....) Years later Disney said he didn't really know who she was. ( uh-huh......) Leni told an LA historian years later that she thought Walt met her because his professional curiosity got the better of him. That he wanted to see Olympia, because it was the only film to beat his Snow White at the Venice Film Festival, then the world’s most prestigious.

1941- After suffering a strike and declining revenue because of the war in Europe Walt Disney’s studio was in trouble.  Disney animator Ward Kimball noted in his diary for this day: “ 100 layoffs announced. Studio personnel from 1600 down to a Hyperion level of 300. Geez, It this the writing on the wall?” Disney saved itself with doing Defense films for the Army and after limping through the 1940’s with Cinderella was back on top..

1958- The musical film Gigi opened, music by Lerner & Lowe. Based on the writings of French author Collette, Collette herself had insisted young unknown Dutch actress Audrey Hepburn play the lead.

1968- Hey Jude by the Beatles topped the pop charts while Tammy Wynette’s Stand By Your Man headed the Country & Western listing.

2000- Catherine Zeta-Jones married Michael Douglas. In 2013 they separated for a time, but have since reconciled.

Posted by Animation Educator's Forum at 12:12 AM No comments:

1938- Bob Hope recorded his signature tune “Thanks for the Memory” for the movie The Big Broadcast..

1942- PLAY IT AGAIN SAM- The movie CASABLANCA premiered. Based on an never produced musical, “Everybody Comes to Ricks’, Howard Koch and the Epstein Brothers adapted the play into one of the most memorable Hollywood movies ever. It was never expected to be more than a rehash of the popular Charles Boyer film Algiers. Humphrey Bogart acted opposite Ingrid Bergman, although he had to stand on boxes to appear taller than his Swedish leading lady. 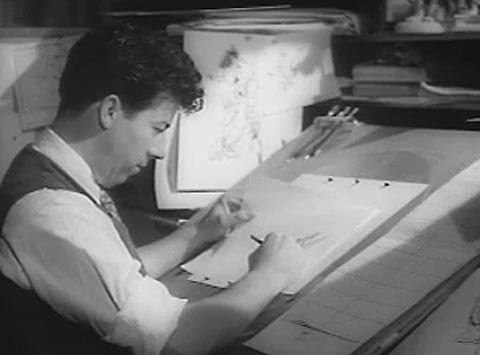 1960- The Hollywood Walk of Fame is dedicated, featuring over 1,500 names- but not Charlie Chaplin, who was banned until 1972 because of his alleged lefty political views.

1966- The film “ Spinout “ premiered. Elvis Presley pioneered the genre movie of bored male movie stars who use their studio muscle to make us watch movies of them racing cars. James Garner in Grand Prix-arguably the best one, Steve McQueen in LeMans, Tom Cruise in Days of Thunder, Sly Stallone in Driven, etc.

Posted by Animation Educator's Forum at 12:27 AM No comments:

1888- According to Edgar Rice Burroughs this is the birthday of the boy who would become Tarzan.

1963- Aldous Huxley died. The author of Brave New World had inoperable cancer so his wife kept him high on LSD,

1965- The musical The Man of La Mancha opened on Broadway. “ To Dream, the Impossible Dreaaammm…”Brings back memories of middle school band practice.

1975- Two days after the death of Generalissimo Franco, Juan Carlos became the first King of Spain since 1936.

1980- Screen goddess Mae West died at 87. He apartment suite at the Ravenswood in the Hancock Park section of Los Angeles has been lovingly restored, since the owner claims her ghost nagged him to put her furniture back!

Posted by Animation Educator's Forum at 12:39 AM No comments: