1928- In Berlin the ThreePenny Opera premiered, music by Kurt Weill and lyrics by Bertholdt Brecht with Lotte Lenya as Pirate Jenny. Mackie Messer or Mack the Knife is born.

1938- Walt Disney puts ten thousand down to buy 51 acres on Buena Vista Street in Burbank. He will build his modern studio there.

1939- The last peacetime voyage of the HMS Queen Mary evacuated Americans fleeing the impending war in Europe. Among the crowd was a large contingent of Hollywood stars like Bob Hope and Jack Warner who planned to attend the first Cannes Film Festival (postponed until 1946). The Queen Mary kept radio silence across the ocean to hide from U-Boats. This was a wise because her sister ship HMS Athenia was torpedoed. 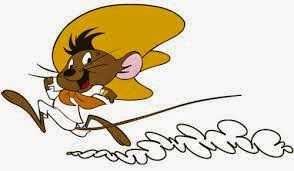 1953- Warner's "Cat Tails for Two" introduces Speedy Gonzales. Named for WB animator Frank Gonzales, who was known for his speed at creating drawings.

1922- The first broadcast commercial on radio.  It was for a real estate firm Queensboro Realty lasting ten minutes and cost $100 dollars. The firm selling suburban homes in Queens NY immediately did $100,000 worth of business. The business world took note of this new method of advertising.

1938- Northwestern University conferred an honorary degree upon the ventriloquist puppet Charlie McCarthy- Edgar Bergen’s famed dummy. The Dean of the School of Speech conferred a Master of Innuendo and Snappy Comeback upon the wooden celebrity.

Posted by Animation Educator's Forum at 12:49 AM No comments:

1964- FIFTY YEARS AGO The movie version of Mary Poppins premiered.

1990- Guitar great Stevie Ray Vaughan was killed in a helicopter crash outside Alpine Valley Wisconsin, after an "All Stars of the Blues" show.  Stevie Ray took the last remaining seat on the helicopter, after Eric Clapton got off, claiming he'd rather take a limo back to Chicago, which was about an hour away.
Posted by Animation Educator's Forum at 12:10 AM No comments:

1576- Great artist Titian died at age 99. He outlived all the artists of the Renaissance, worked every day of his life and might have gone on, had he not caught the plague.

1918- 17 year old Walt Disney faked his parents signature in order to enlist to fight in World War I.  Assigned to the ambulance corps, he arrived in Europe as the war was ending.

1946 - George Orwell published "Animal Farm". Orwell said he conceived the idea for the novel while watching out his window a small boy driving a huge draft horse. The horse could have easily crushed the boy had it the free will but instead patiently endured the boys taunts and flicks with a small switch.

1980- Director Tex Avery died after collapsing in the parking lot of Hanna-Barbera. Two weeks before he was asked by a friend why he was working in Hanna & Barbera. Tex laughed:" Hey, Don’t you know? this is where all the elephants come to die!"

HAPPY FIRST DAY OF CLASSES FOR MANY OF US. Have a great Fall Semester. 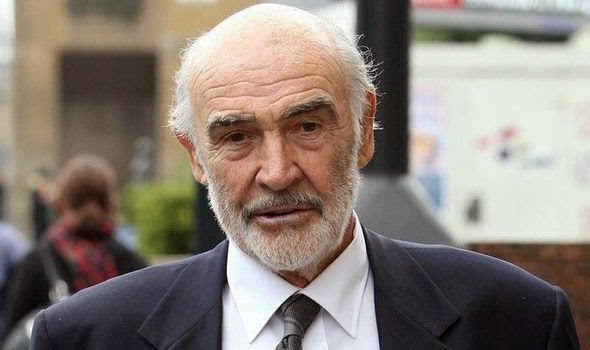 1970- A young British singer named Elton John did his first US tour, opening at the Troubadour in LA.

1989- The Voyager 2 probe left Neptune and shot off into deep space after completing it reconnaissance of the outer planets of our solar system. It discovered the rings of Jupiter and Neptune, the additional moons of these planets, and the volcanoes of the Jovian moon Io, and the ice of Europa. Today you have ten times more computing power in your laptop than in the Voyager spacecraft, yet all these years later it continues to transmit signals back to Earth. Voyager is currently in the Heliosheath, outer border of our solar system.
http://voyager.jpl.nasa.gov/where/

1951- Akira Kurosawa’s film Rashomon premiered at the Venice International Film Festival. The film won the Grand Prize and first showed the world that Japanese Cinema was a new force in the film world.

1973- One month after Bruce Lee’s death his last film Enter The Dragon opened in the US to wild acclaim. It renewed interest in the late star and helped spawn the Chinese Martial Arts craze in the US.

1997- According to the 1984 James Cameron film The Terminator this was the day the Skynet computer system became self aware, and began the War of the Day of Judgement.

2011- Steve Jobs announced he was resigning his positions at Apple, Pixar and Disney due to his failing health.
Posted by Animation Educator's Forum at 12:39 AM No comments:

1926- Screen idol Rudolph Valentino died in a New York hospital of an infection due to a burst appendix and bleeding ulcer. Today this condition could be controlled by anti-biotics, but they weren’t invented yet.. Women around the world went mad with grief. From L.A. to Budapest women committed suicide before his picture. In Japan two women jumped into a volcano shouting his name.

1937- At the urging of the Stanford Dean of engineering Fred Terman, graduate Bill Hewlett had his first meeting with David Packard. They called their company started out of their Palo Alto garage the Engineering Service Company. The Hewlett-Packard Company would one day be one of the biggest names in computers and their garage hailed as the birthplace of Silicon Valley.

1715 – Handel’s "Watermusic" premiered on the Thames River to mark celebrations of the Peace ending the War of Spanish Succession.

1906 - 1st Victor Victrola manufactured, using Emile Berliners flat record turntable system. The Victrola was so cheap and easy to use it became standard in many homes and finished off any competition from Thomas Edison’s rival talking cylinder system.

1911- Café waiter Vincenzo Perruggia walked into the Louvre and stole the Mona Lisa.  After trying to fence it for two years, he tried to ransom it back. In 1913 he was arrested and the painting recovered.

1921- On his first birthday Christopher Robin Milne was given a Farrell teddy bear from Harrods. This parents called him Edward, but when Christopher Robin was old enough he changed his name to Winnie the Pooh, after his favorite bear he saw at the London Zoo.

1930- Pardon Us, the first feature length film starring Laurel &; Hardy. In 1926, Hal Roach director Leo McCarey noticed the Briton Stan Laurel and Georgia born singer Oliver Hardy looked funny together, and put them in a series of shorts. Laurel & Hardy became one of the greatest comedy teams in film history.

1944- Moviestar James Cagney, star of Yankee Doodle Dandy, was cleared of charges of Communism. The accusations probably had less to do with Cagney's politics and more to do with his actor’s union activism, and his fighting in court the restrictive personal contracts studios put their stars under.

1972 - Grace Slick was sprayed with mace by police after one of her band called the cops pigs.