1969-   John Lennon and Yoko Ono record "Give Peace a Chance." It became the theme song of the Anti-Vietnam War movement. Because of this song and Lennon’s support of the Hippie protesters the Nixon White House kept a file on him. Lennon spent most of 1972-73 under a constant threat of 60-day deportation from the US. 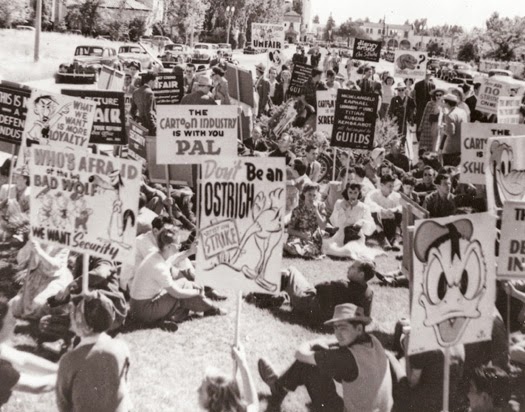 1942- JOHN BARRYMORE- The great dramatic actor, the first American to dare to play Hamlet in England, died of his vices at age 60. Whether the infamous prank actually happened where Raoul Walsh, Bertholdt Brecht, Peter Lorre, W.C. Fields and some others (the"Bundy Drive Boys") kidnapped Barrymore's body from Pierce Brothers Funeral Home and propped it up at the poker table to scare the willys out of Errol Flynn is a matter of debate. Flynn and Paul Heinried said it was true, writer Gene Fowler said it was false. .
John Barrymore's last words were to screenwriter Gene Fowler:
"Say Gene, isn't it true you are an illegitimate son of Buffalo Bill?"

Posted by Animation Educator's Forum at 12:29 AM No comments:

1941- THE WALT DISNEY STRIKE- Labor pressures had been building in the Magic Kingdom since promises made to artists over the success of Snow White were reneged on, and Walt Disney’s lawyer Gunther Lessing encouraged a hard line with his employees. On this day, in defiance of federal law, Walt Disney fired animator Art Babbitt ,the creator of Goofy, and thirteen other cartoonists for demanding a union. Babbitt had emerged as the union movements’ leader.  Studio security officers escorted Babbitt off the lot.

That night in an emergency meeting of the Cartoonists Guild, Art’s assistant on Fantasia, Bill Hurtz, made the motion to strike, and it was unanimously accepted. Bill Hurtz will later go on to direct award winning cartoons like UPA’s "Unicorn in the Garden". Picket lines go up next day in cartoon animation’s own version of the Civil War.

1960- George Zucco 74, a character actor who specialized in horror movies like Blood from the Mummies Hand, one version says he died of fright in a mental hospital in San Gabriel California. He was convinced that H.P. Lovecraft's Great God Cthulu was after him. He actually died of natural causes in a nursing home. 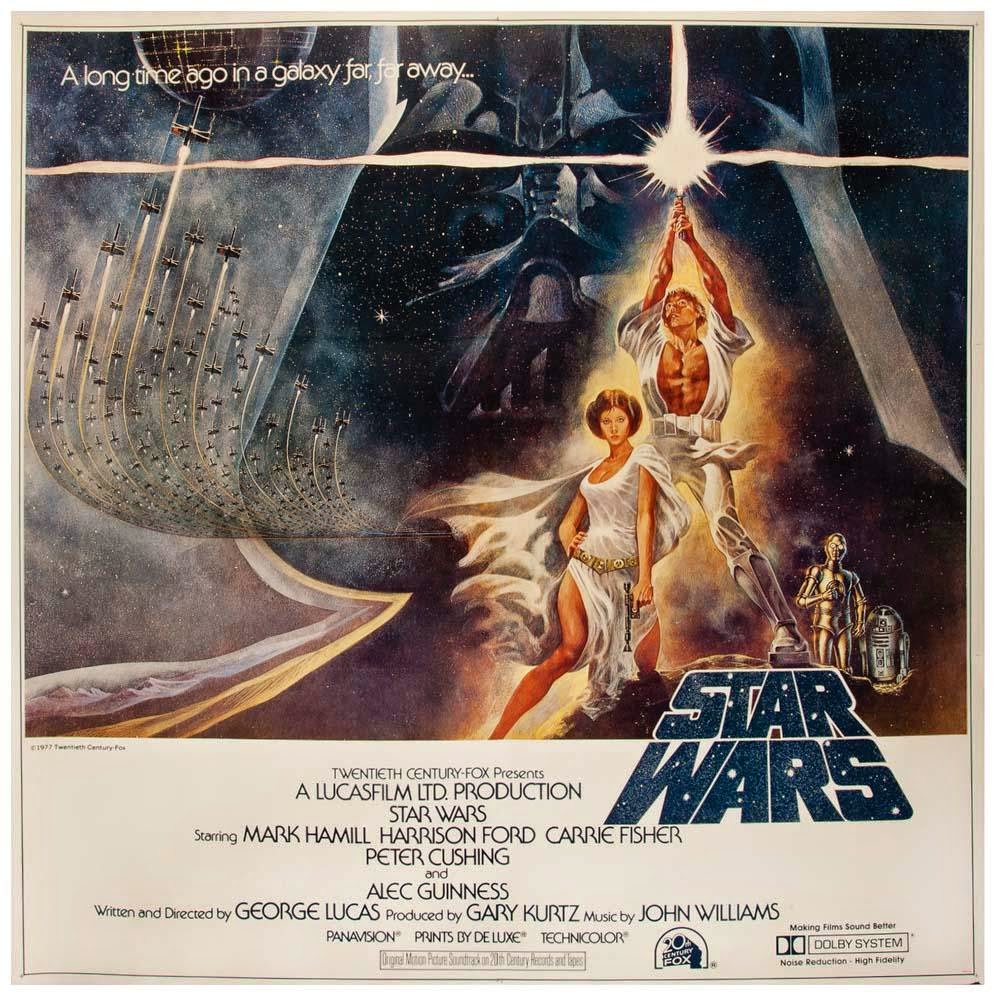 1977- " MAY THE FORCE BE WITH YOU." George Lucas' space fantasy film STAR WARS opened (The premiere was May 25). This blockbuster was the first film where the filmmaker retained the licensing rights for merchandise instead of the distributor, known in Hollywood as the 'backend deal'. Several studios including Universal passed on the film because the prevailing wisdom was sci-fi films didn't make money.

Twentieth Century Fox picked up the distribution but let the backend go to Lucas, because they didn't think the film would do any serious business. Even George Lucas didn’t expect the film to break even. Fox's market research department told studio head Alan Ladd, Jr.” a) don't make this movie; no one will go see a science fiction movie; and b) change the title; no one will go see a movie with "War" in the title.  Fox executives had predicted the studios monster hit for that summer would be "Dirty Mary and Crazy Larry" with Peter Fonda and Susan George.

Star Wars was a monster hit. It was like there were no other movies playing that summer. George Lucas became a seriously rich man and developed THX Dolby sound, digital animation and Industrial Light and Magic special effects. The film’s popularity ran so ahead of expectations, that at Christmas when you purchased a Star Wars Game you got a box with a pink IOU note in it pledging to get you the game when they printed more.

1998- Saturday Night Live comedian Phil Hartman was shot to death by his wife Brynne as he slept. She was a heavy drink and pill user. At 6:00am as the LAPD were knocking Brynne turned the gun on herself.

1977-The Sex Pistols release their Punk hit God Save the Queen, the Fascist Regime, in time for the Queen’s Jubilee year. Her Majesty preferred the Beatles All You Need is Love.

Happy Memorial Day in the US.

1897- A novel by a quiet London theatre manager named Bram Stoker appeared in bookstores.  It was titled Dracula.

1933- Jimmy Rogers "the Singing Brakeman", considered the father of modern country music, died of tuberculosis at age 31. Shortly before his death he recorded a song about it called "TB Blues". 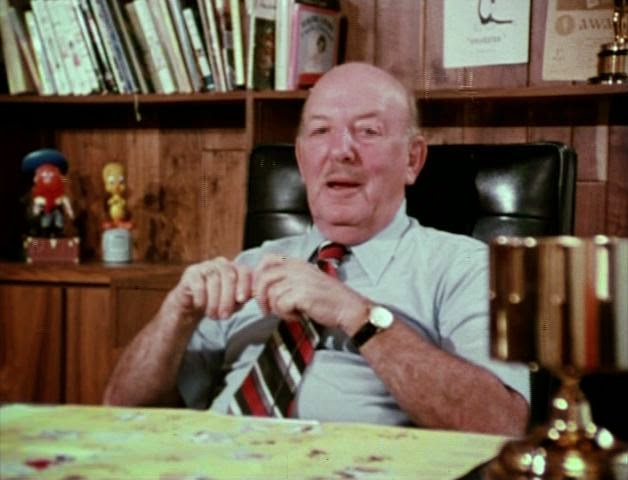 Posted by Animation Educator's Forum at 11:54 PM No comments:

1911- Thomas Mann visited Venice Italy. On the Lido Beach he was inspired to write A Death in Venice.

1957- Sid Caesar's Your Show of Show's canceled after nearly a decade. The show used future star writers like Mel Brooks, Carl Reiner, Woody Allen and Neil Simon.  The show pioneered the executive strategy of network programmer Pat Weaver to not let the show be owned by an entire sponsor but the network would produce the show and would sell the sponsor commercial time in 30 second chunks. Pat Weaver’s daughter is Sigorney Weaver. Your Show of Shows was finally bested in the ratings by The Lawrence Welk Show.

1977- The Hollywood premiere of Star Wars. The movie opened on the 28th.

Posted by Animation Educator's Forum at 12:40 AM No comments:

1950- Married movie star Ingrid Bergman shocked American morality by having an open love affair with neorealist film director Roberto Rosselini. This day they were finally married but the outcry of conservatives about this “Apostle of Degradation” was such that her image needed a makeover, so she played Saint Joan.

1991- Tri-Star Pictures 75 million-dollar mega-flop "Hudson Hawk" opened.
Star Bruce Willis, whose own salary was $17 million, blamed the film’s costs on union filmworkers’ salaries. He would return to his car after a day’s shooting to find it covered with animal excrement. The film almost sank his career. Willis’ next two films, "Death Becomes Her" and 'Pulp Fiction", he did for scale. In 2000 he made a $100,000 dollar donation to the SAG/AFTRA strike fund.