1943- Four hundred policemen are called out to control frenzied crowds of bobbysoxers as Frank Sinatra played the Paramount Theater in Times Square.

1962- Romanoffs closed. One of the premier hot spots on the Sunset Strip, it was the preferred hangout of Humphrey Bogart, who liked to play chess in the afternoon with Nick Romanoff when he was between films.

1985- Singer Ricky Nelson died when his band's converted old DC-9 airplane crashed near DeKalb, Texas. Nelson it was said had been living on a steady diet of cheeseburgers and Snicker's bars.

1995- The last Calvin and Hobbes comic strip by Bill Waterston

1999-2000 - The Y2K MANIA. While the world prepared to celebrate the new century and the Third Millenium the American media whipped up paranoia over a theory that the change from 1999-2000 would cause most computers to crash. Planes would fall out of the sky, nuclear missiles would launch themselves and marauders would rule the streets like something out of Mad Max. The US Government spent $65 million to prepare for the crisis.  But at midnight absolutely nothing of the kind happened. Even older less sophisticated computers in Russia and China were unaffected and everything ran normally. Meanwhile many of the US public stayed home and watched the rest of the world have fun on television.

1689- The opera Dido & Aeneas by Henry Purcell premiered in London.

1941- “I Vant to be Alone..” Film Star Greta Garbo announced she was retiring from motion pictures and all public appearances. She made her disappearing act complete and was only seen fleeting on the streets of New York until her death in the 1990s. 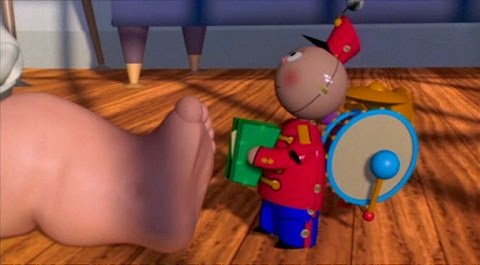 1988- the Pixar short Tin Toy released. The first CG short to win an Oscar. Until this win, Steve Jobs was resisting his animation team making films. He was focused on getting color graphics onto home computers.

1913- Cecil B.DeMille telegraphed his partners back in New York:” Flagstaff no good for our purpose. Have proceeded to California. Want authority to rent a barn in a place called Hollywood for $75 a month.” His partner Sam Goldwyn cabled back: “ Rent barn on month to month basis. Do not make long commitment.” DeMille began shooting the Squaw Man, the first Hollywood Film.

1916-James Joyce’s novel “the Portrait of the Artist as a Young Man” published.

1964 – To create the first pilot of the TV series Star Trek, the original filming model of the U.S.S. Enterprise was delivered by model maker Rick Datin, Jr, based on the design created by Star Trek production artist Walter “Matt” Jefferies.  The “miniature” was 11 feet long!

1965- First day shooting on Stanley Kubrick’s film 2001: a Space Odyssey. It was an indoor set at Elstree Studios in England, and the first setup was the inspection of the excavation of the Monolith in the moon crater Tycho.

1968- Animator Bill Tytla died at age 64, from complications of a stroke.

Posted by Animation Educator's Forum at 12:14 AM No comments: 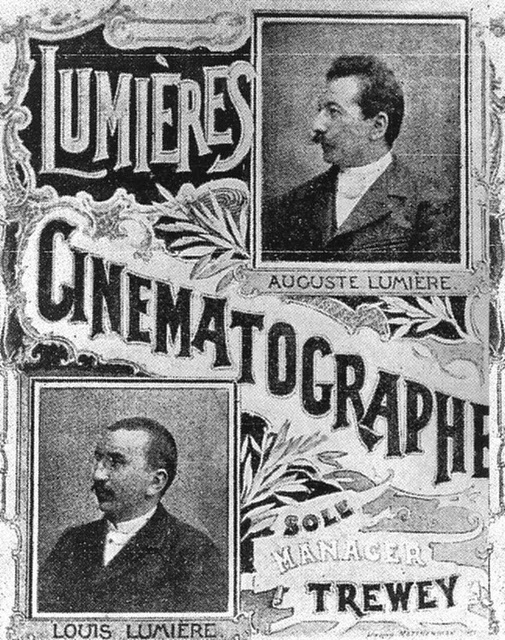 1895- THE BIRTHDAY OF CINEMA- In Paris at the Grande Cafe des Capuchines the Lumiere brothers combined Edison's kinetoscope using George Eastman’s roll film with a magic lantern projector and showed a motion picture to an audience in a theater. Back in the U.S. Thomas Edison thought the idea of projecting film in a theater was foolish and would never catch on. They called their device a Cinematograph, hence the word Cinema is born. The screening included dancers and people leaving a factory but the biggest reaction out of the audience was from shots of waves crashing on a rocky beach. The audience in the front row jumped for fear of getting wet.

1897- Edmond Rostands famous play CYRANO DE BERGERAC premiered in Paris. There really lived a poet-duelist in the 1640’s named Cyrano de Bergerac-Servigan but little was known about him. Rostand created the hopelessly lovesick big nosed hero who helps another man romance his Roxanne.

1928- Last recording of Ma Rainey, The Mother of the Blues.

1944- ON THE TOWN, a musical written by Betty Comden & Adolf Green and young composer Leonard Bernstein premiered in NY.

Posted by Animation Educator's Forum at 1:31 AM No comments:

1871- The world’s first cat show opened at the Crystal Palace in London.

1887- Beginning of the Sherlock Holmes story the Adventure of the Blue Carbuncle.

1904- PETER PAN, OR, THE BOY WHO WOULDN’T GROW UP, a play by James M. Barrie, opened at the Duke of York Theatre in London. Barrie reserved seats in the opening night performance for orphaned children who laughed and cheered all night. Michael Llewelyn Davies, the little boy Barrie befriended who was the basis for Pan, used to say:” I am not Peter Pan. Mr Barrie is.”, He committed suicide in 1960 at age 75. James Barrie once said to H.G. Wells:” It’s all right and good to write books, but can you wiggle your ears?”

1927- Broadway musical "ShowBoat" debuts at the Ziegfeld theater. Based on a story by Edna Ferber, the music was written by Jerome Kern & Oscar Hammerstein. The play made a star out of a tall black baritone named Paul Robeson.” Ol’ Man River..”

1935- Radio City Music Hall opened. The Art Deco masterpiece was for many years the largest indoor theater in the world, seating over 6,000.

1943- The movie The Song of Bernadette premiered.

1947- The "Howdy-Doody Show” debuted on NBC. Buffalo Bob, Howdy and Clarabell the Clown, also known as the Puppet Playhouse.

1924- Baby Frances Gumm first appeared on a stage at 2 1/2 years old. Grown up she would change her name to Judy Garland.

1926- Young artist Al Hirschfeld had made his first regular caricature for the Broadway Stage. A drawing of actor Sasha Guitry. A friend took it to The New York Tribune and sold it. He figured here's a nifty way to make a living, so soon he was selling to all the papers including the New York Times.
He will keep doing caricatures of Broadway greats into the millennium and became a legend himself. In the American Theater a Hirschfeld caricature of you meant you had arrived and were a real star. At age 94 he remarried and drew the cast of Ally McBeal for TV Guide. In 2003 he died just shy of age 100, drawing to the end.

1939- Walt Disney Animation moves from Hyperion to the new Burbank Studio lot. The buildings are designed like hospital wards, so in case he hits economic trouble, Disney could sell them to the planned St. Joseph's Hospital across the street. Animator Ward Kimball said it was the first time he worked in a studio where all the furniture matched. The old Hyperion Studio was bulldozed in 1966, the year of Walt Disney’s death.

1941- Goofy cartoon, the Art of Self Defense, premiered.

1963- The death of Gorgeous George Wagner, the first wrestler to adopt a flamboyant character.

Posted by Animation Educator's Forum at 11:58 PM No comments:

1541- After the Christmas services, Michelangelo’s fresco The Last Judgement was unveiled, done for the Altar wall of the Sistine Chapel beneath his famous ceiling.

1937-NBC Symphony Orchestra under the baton of the legendary Arturo Toscanini premieres with its first radio broadcast. 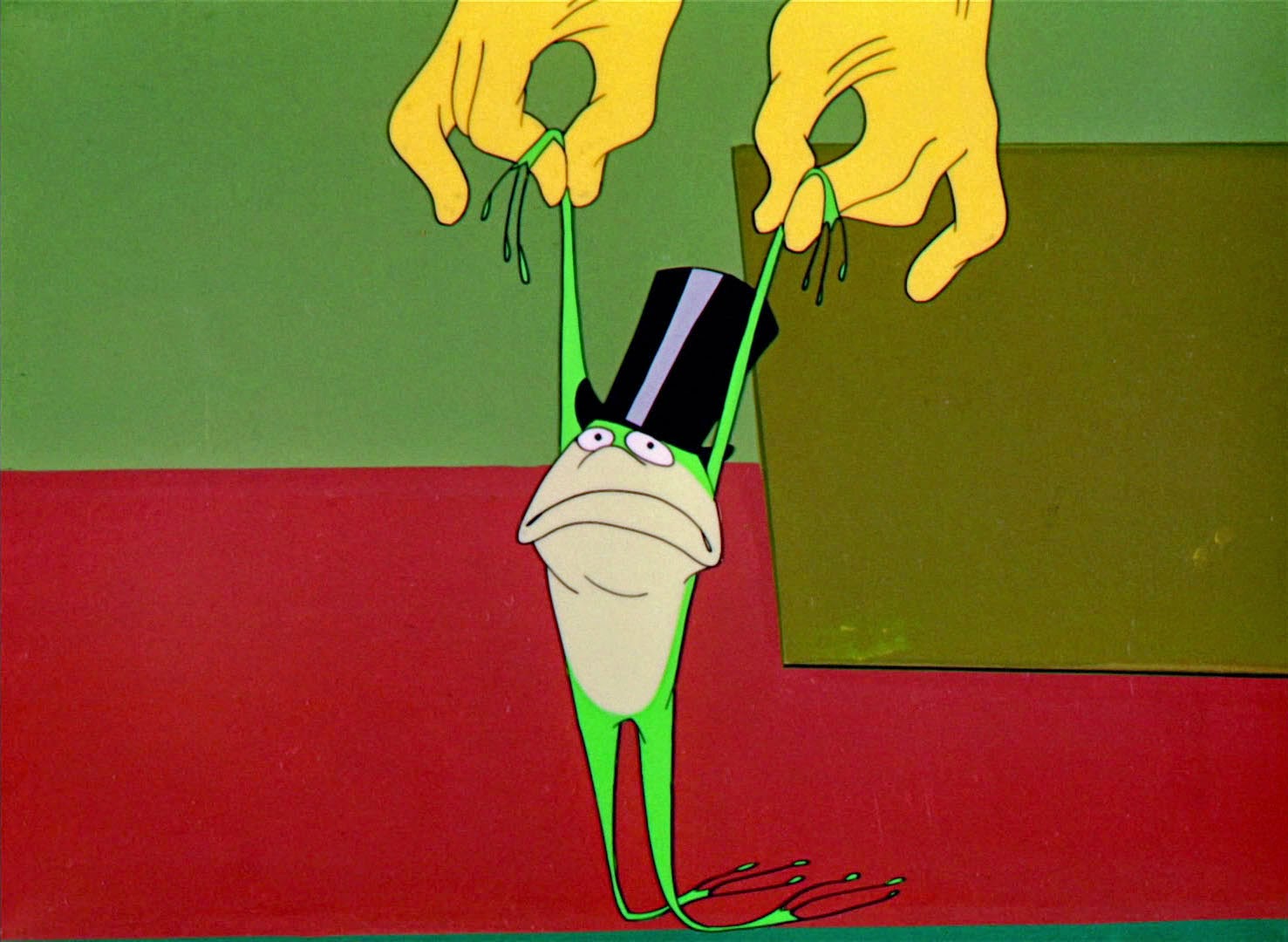 1977- Charlie Chaplin died quietly in his sleep at Vevey, Switzerland. He was 86.

Posted by Animation Educator's Forum at 1:01 AM No comments: