1896- The first OLYMPIC GAMES of the modern era opened in Athens Greece. The last was closed by the Christian Roman Emperor Theodosius in 391A.D as a pagan festival. The Games were revived as the idea of Baron Pierre Coubertin, who became the first president of the IOC. These games also saw the first modern Marathon race. Appropriately it was won by a Greek- Spyridion Louis.

1906 - Cartoonist James Stuart Blackton created sensation when Edison filmed him doing sequential drawings and they seemed to come alive.  The film was The Humorous Phases of Funny Faces. Blackton made a fortune, lost it and was hit by a bus in 1940. But his animated antics paved the way for Mickey, Bugs, Bart, Gollum and Laura Croft.

1933- the Screen Writer's Guild, later the WGA, formed. It took about seven years for them to unionize screenwriting in Hollywood. Jack Warner called them : "Communists, Radical Bastards and Soap Box Sons of B*tches !" David O. Selznick, who prided himself on running a writer-friendly studio, told them: “What? You put a picket line in front of my studio and I'll mount a machine gun on the roof and mow you all down!!" Despite these protestations, the Guild today represents all Hollywood writers. 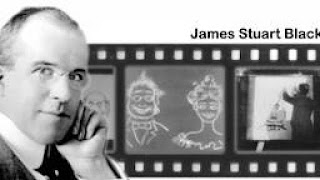 1936- Episode One of the Flash Gordon series of movie serials premiered. This introduced Flash, Dale, and Emperor Ming the Merciless of the Planet Mongo.  It made a star out of Olympic gold medalist Larry “Buster” Crabbe.

1951- Happy Birthday AstroBoy! According to the 1951 comic book by Osamu Tezuka, today Professor Elephant completed the little boy with the suction cup feet and pointed hairdo. Originally called Tetsuwan Atomo, he was named Astro Boy when Mushi Prod released the animated version in the US in 1961.

1974- ABBA, a new disco phenomenon from Sweden is introduced to the world when they win a Eurovision song contest. Mama Mia!

Posted by Animation Educator's Forum at 1:08 AM No comments:

1930 -James Dewar invented the Twinkie. He said he got the name when he drove by a billboard advertising "Twinkle-Toe Shoes" and modified it to Twinkie. Dewar ate two every day of his life, and called them, “The best darn-tootin idea I ever had!”

1931- Fox Film Company dropped their option on young star John Wayne as a dud not going anywhere. Wayne eked out an existence doing cheap westerns for Republic and Monogram until John Ford of RKO made him a star in 1939’s Stagecoach.

1965- Julie Andrews had created the role of Eliza Doolittle in My Fair Lady on Broadway. But when filming the motion picture, the studio head Jack Warner decided she was not a big enough star, so he used Audrey Hepburn with a dubbed singing voice. But Andrews had her revenge. At the Academy Awards this night My Fair Lady won Best Picture among a bunch of others, but Julie Andrews won the best actress Oscar for Mary Poppins. She famously said "I would like to thank Jack Warner for making this award possible!"

1976- Eccentric Billionaire Howard Hughes died at age 76. Hughes had inherited his fathers oil rig tool company at 17, and built the mighty Hughes aircraft empire, and ran  RKO pictures. But after surviving several test plane crashes, he became addicted to pain killers and became increasing withdrawn from the world. He died a strange shut in, long haired and living on a diet of drugs and saving his urine in mason jars.

2030- FIRST CONTACT- According to Star Trek, this is the day Professor Zephram Cochran adapted an old World War III ICBM missile and invented the Warp Drive, enabling the Earth to begin deep space exploration, and during whose maiden flight he made the first contact with an alien race- from the planet Vulcan.

1869- First performance of Edvard Grieg's Piano Concerto in A minor. 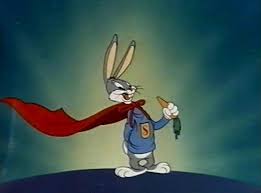 1968- Stanley Kubrick's epic film "2001: A Space Odyssey" premiered. The N.Y. Times review said it was: " Somewhere between hypnotic and boring". Pauline Kael called it "monumentally unimaginative!" Writer Arthur C. Clarke always said HAL the computer was not a coded reference to IBM. At the Oscars, Clarke and Kubrick lost the best screenplay award to Mel Brooks for The Producers. 2001 won only one Oscar, for visual effects. It was the only Oscar a Stanley Kubrick film ever won.

1973- Standing on the corner of 6th Ave in Manhattan, Motorola scientist Marty Cooper made the first cell phone call. He called his competitor Joel Engel at Bell Labs to tell him he had lost the race to invent the cell phone. He said that first phone, “It was the size of a leg of lamb.”

1994-Disney chief executive Frank Wells was killed in a helicopter crash on a skiing trip. It’s been speculated that blowing snow off some high peaks caused an ice ball to be sucked into the copter’s air intake manifold. Clint Eastwood was supposed to be on that trip but couldn't make it. Billie Joel and Christie Brinkley had a similar scare with their helicopter on the same day. The death of the Disney CEO set in motion the events that would lead to Jeffrey Katzenberg leaving Disney and forming Dreamworks, as well as Michael Ovitz’s brief tenure as a mouseketeer and Michael Eisner’s eventual fall in 2006. In 1999 the Hollywood Reporter estimated that the little iceball cost the Walt Disney Company over one billion dollars.

Posted by Animation Educator's Forum at 12:37 AM No comments:

Question: What is a rubric? 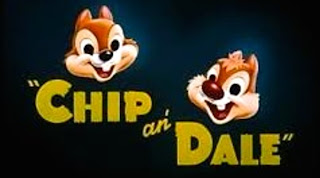 1934- Ward Kimball’s first day at Walt Disney as an inbetweener.

1951- Author Jack Kerouac began writing his masterpiece On the Road, on one long roll of teletype paper. He tried to write in a marathon, reinforced by cigarettes, coffee and Benzedrine. The book was one long paragraph, with no page or chapter breaks.“ The only people for me are the mad ones…”

1974-While actor David Niven was speaking at the Academy Awards telecast a nude streaker named Bob Opel ran past him on nationwide television. Mr. Niven, completely unflustered, dryly commented: "The only laugh that man will ever get is by stripping off his clothes and showing off his shortcomings. "

Posted by Animation Educator's Forum at 12:38 AM No comments:

1905- THE RETURN OF SHERLOCK HOLMES- Sir Arthur Conan Doyle brought back his famous sleuth in a new series of adventures. Conan Doyle had created Sherlock Holmes and Doctor Watson in 1887 but by 1893 he had tired of the characters, he wanted to write more serious fiction like his novel The White Company. So he killed him off. Holmes fell to his doom fighting Prof. Moriarity at the Reichenbeck Falls. The reaction of the public was astonished outrage. It seemed whenever Conan Doyle went out inevitably someone would stop him and say "You Blackguard! How Could You ?!" Finally Conan-Doyle bowed to public pressure and resumed the career of the inhabitants of #221B Baker Street. He would later refer to Holmes success as “ his monstrosity.”

1930- Floyd Gottfredson began drawing Disney’s Mickey Mouse comic strip after Ub Iwerks quit. He continued to do the strip uninterrupted for 45 years, until his retirement in 1975.

1930 -Reacting to charges that the movies had become too naughty, Hollywood producers accept the MOTION PICTURE CODE. It was regulated by Will Hays, former Republican Party Chairman. The regulation wouldn't really start to have strength until 1935-36 when pressure groups like the Catholic League of Decency went after Mae West and the Tarzan pictures.

The Hays Code forbade open sex and obscenity:
- twin beds only in a bedroom, nightclothes buttoned to the neck.
- if a couple were seated together on a bed they must have at least one foot touching the floor,
-"kisses with a duration of no longer than 3 seconds, parting with lips closed."
-  One other little known clause was the forbidding of members of different races from kissing on camera. So Anna Mae Wong, the greatest Chinese actress of her time, could not play a Chinese heroine if her co-star was a Caucasian made up to look Asian.
Lots of jokes were spawned like: "Give him the bird!" "If the Hays Commission would let me, I'd give him the bird!" 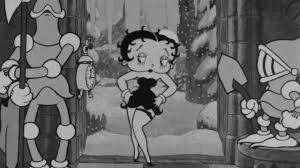 1943- Rodger & Hammerstein's "Oklahoma!" debuts.  Despite the opinion of producer Mike Todd -"No legs, No Laughs, No Chance", the musical becomes one of the great hits of American musical Theater.

1962- The Los Angeles County Museum of Art opened on Wilshire Blvd. No, it didn’t display customized surfboards or the ideal tuna melt with sprouts, but an exhibit of paintings by Bonnard.

1967- In a small London nightclub, rising young rock & roller Jimmy Hendrix burned his guitar for the first time. Rock luminaries like Paul McCartney, John Lennon, Eric Clapton, and Pete Townsend sat in the audience stunned at the technical brilliance of this unknown former paratrooper who played left handed. The pieces of his guitar were purchased by Microsoft chairman Paul Allen and today are in his Seattle Rock Museum.

1995- In Corpus Christy Texas legendary Tejana singer Selena Perez was shot and killed by an obsessed fan. The woman Yolanda Saldivar was president of the Selena Fan Club. “The gun just went off, I didn’t mean to shoot anybody.”

1999- The movie The Matrix opened in theaters. 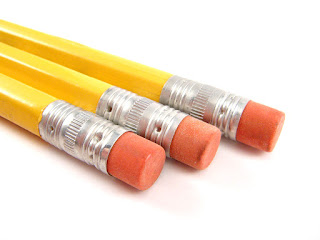 1858- The pencil eraser patented. The Eraser, or Rubber outside the U.S., was developed in 1770, but Hymen Lipman of Philadelphia first put it on the top of a pencil.

1886-COCA-COLA Invented. Atlanta Pharmacist and liver pill salesman John Pemberton developed the carbonated drink originally with Cocaine in it. His bookkeeper Francis Robinson penned the famous script logo still in use today. Advertising for the drink claimed it cured everything from hysteria, cholic and the common cold.
The formula is still a secret. During World War II the Nazis openly worried how a break with the United States would effect their supply of Coca Cola, so Dr Goebbels arrested Coke execs in Germany and forced them to develop Fanta Cola.

1939- Moviestars Clark Gable and Carole Lombard marry. They had a happy marriage until Lombard was killed in a plane crash in 1942. It’s been said the first California King Size mattress, slightly larger than normal king size, was ordered custom made for Gable and Lombard for their rather exuberant assignations at the Hollywood Roosevelt Hotel.

1951- 'The King and I' debuts on Broadway with Gertrude Lawrence and Yul Brynner, who shaved his head for the first time for the role.

1971- First day of shooting on the film The Godfather. Francis Coppola wanted young actor Al Pacino for the Michael Corleone role, but Pacino had signed with Fox to do a different film- The Gang that Couldn’t Shoot Straight. Producer Robert Evans begged and pleaded with Fox exec James Aubrey aka "The Smiling Barracuda", to get Pacino released from his contract. Finally Aubrey replaced him with Jerry Ohrbach. He called Evans and said:" Alright, you can have the midget." The scene was Michael and Kaye coming out of Best & Co. Dept. Store while Christmas shopping.

1989- As part of one of the silliest Oscar telecasts in history, actor Rob Lowe (The West Wing) had to dance and sing 'Proud Mary" with Las Vegas showgirl Eileen Bowman dressed as Disney’s Snow White.  Rob Lowe had just been embarrassed by the publication of a videotape shot in a hotel room of him having sex with two teenagers. The Walt Disney Company immediately threatened a lawsuit. The Academy apologized and replaced director Alan Carr with Gilbert Cates.

1989- At that same Oscar ceremony Pixar’s short Tin Toy became the first CG animation to ever win an Oscar.

2018- A Buzzfeed article detailed how John Kricfalusi, the creator of Ren & Stimpy, preyed on underage girls, promising them careers at his studio.

Posted by Animation Educator's Forum at 11:59 PM No comments: